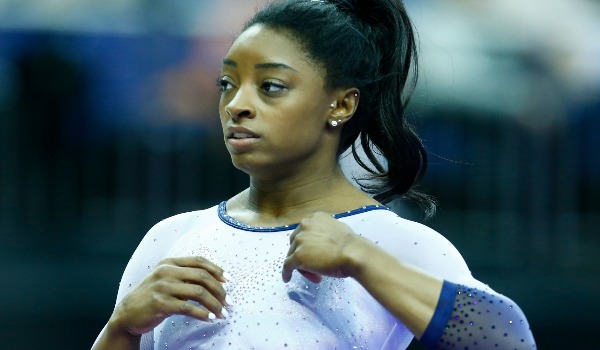 In some individual sports, one is rewarded for breaking ground and attempting new and difficult routines, but Simone Biles was actually penalized for it.

In recent days, the FIG Women’s Technical Committee devalued a move Biles was planning to do at the 2019 World Championships, which started on Oct. 4 in Stuttgart, Germany. And that move was a double-twisting, double dismount off the balance beam.

She also added another element to her arsenal, a triple-twisting, double somersault for her floor routine.

In gymnastics, moves are scored by letters that are attached to numbers. So an “A” represents one tenth of a point and “J” a full point. So it would probably be easy to assume that both of Biles’ new moves would be considered a “J” skill, but that’s not the case.

Instead, the FIG Women’s Technical Committee only considered the triple-double a “J” move, but the double-double was listed as an H, which is just eight-tenths of a point.

After the committee received backlash, they issued a statement and said their decision has to do with the safety of others.

“In assigning values to the new elements, the WTC takes into consideration many different aspects; the risk, the safety of the gymnasts and the technical direction of the discipline,” a statement read. “There is added risk in landing of double saltos for beam dismounts (with/without twists), including a potential landing on the neck.”

Biles took to Twitter after the decision was made and she obviously wasn’t pleased about it.

“hahahaHAHAHAHAHhahaHahaAhahAhahahaAhahahHAHAahaaaaaaaHa bullsh–,” she tweeted on Oct. 1.

The 22-year-old also spoke to NBC and said the ruling is simply unfair.

“Am I in a league of my own? Yes. But that doesn’t mean you can’t credit me for what I’m doing,” she said. “They keep asking us to do more difficulty and to give more artistry, give more harder skills. So we do, and then they don’t credit it, and I don’t think that’s fair.”