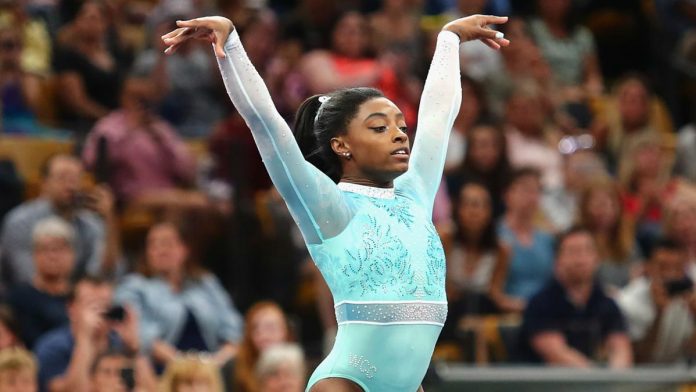 Simone Biles capped off a beyond-stellar 2019 by being named Team USA’s 2019 Female Olympic Athlete of the Year.

The honor came after she won five gold medals at the 2019 FIG Artistic Gymnastics World Championships in October, which gave the Texas native her 25th world medal and made her the most decorated gymnast in the world.

Plus, two skills were named after Biles after she completed them at the World Championships, a double-double dismount on the balance beam and a triple-double during her floor exercises.

Team USA tweeted about the 22-year-old’s recent honor last week, and many left comments underneath.

“Synonymous with making history, synonymous with AMAZING us all every time she competes. GIVE IT UP for the 2019 Female Olympic Athlete of the Year, @Simone_Biles! #TeamUSAAwards, Best of the Year presented by @DowNewsroom,” the tweet read.

“Classy hard working GOAT!!,” someone wrote in the comments.

“Wow! Just thinking about what she will do in the Olympics gives me chills,” wrote someone else. “She’s The Athlete of the Year, and will be again next year. Man or woman.“

“Congrats you worked hard for it and you deserve it. Keep Doing what you love babygirl,” a third person stated.

Of course, all eyes will be on Biles for the 2020 Tokyo Olympics, not only because of her record-breaking accomplishments, but also because she’ll probably be the biggest star there.

It’s something the gymnast talked about at a press conference during the World Championships and admitted to not really thinking about it.

“Going into an Olympic year or a non-Olympic year, I never really feel like I’m a big name, because everybody puts that on me, I don’t put it on myself or I don’t really pay attention,” she explained. “So going into every year I feel I just try to be better than I was the year before.”