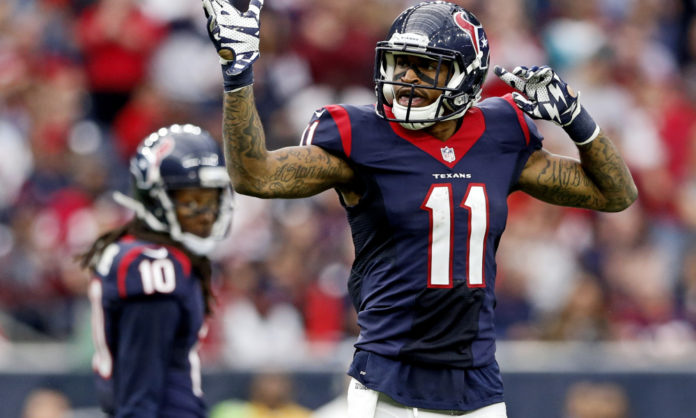 HOUSTON (AP) — Texans receiver Jaelen Strong has been suspended without pay for the team’s season opener for violating the league’s substance abuse policy.

Strong can participate in Houston’s last two preseason games and all practices in preseason. He can return to the roster on Sept. 11 following Houston’s game against the Jacksonville Jaguars on Sept. 10.

The punishment comes after Strong was arrested for possession of marijuana in Arizona in February 2016.

Strong issued a statement on Twitter to address the suspension: “I am disappointed to find out I’ve been suspended the first game of the season for an incident that took place over a year and a half ago. I’ve done everything right since that night.

“I have learned and matured. I have dedicated myself to being the best person I can be for this team and this city and our community and I want to be someone kids can look up to. I made a mistake that night, but I won’t let this define me.”

Strong was a third-round pick of the Texans in 2015 and appeared in 10 games as a rookie before missing eight games last season with an ankle injury.

The suspension is a blow for the Texans, who will already be without receiver Will Fuller when the season starts after the second-year player broke his collarbone early in camp. 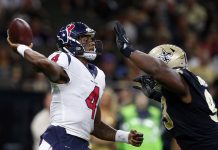