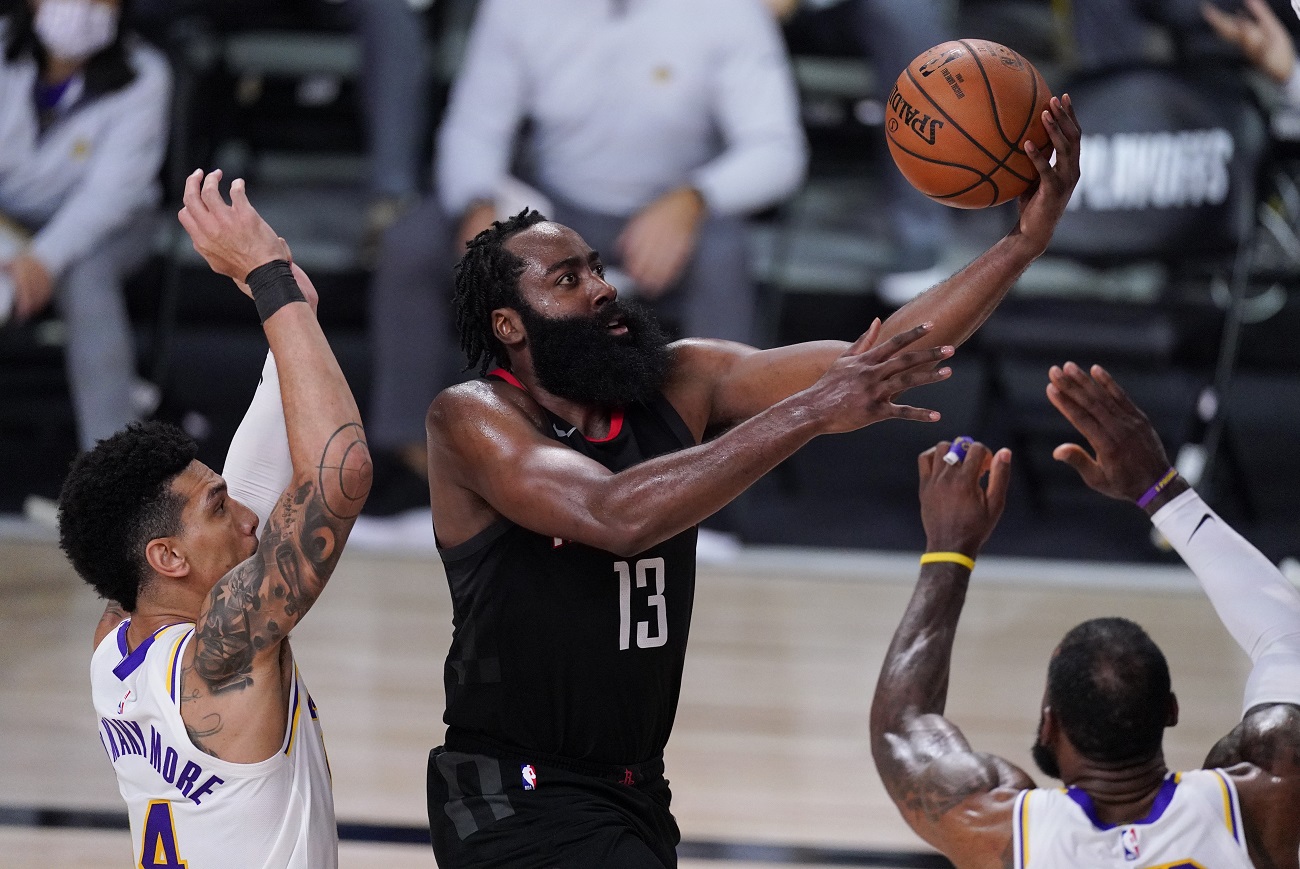 Just like that another promising playoff series start has turned into a pressure situation for the Rockets.

After jumping out to a surprising second-round series win over the No.1 seed Los Angeles Lakers, the Rockets now find themselves down 2-1 after suffered their second straight loss with Tuesday night’s 112-103 defeat in the Orlando bubble.

Once again, the Rockets were guilty of untimely turnovers and an inability to get consistent scoring from other places than James Harden and Russell Westbrook. It led to an onslaught in the fourth quarter as the Lakers, behind Rajon Rondo, went on a 10-0 run in the fourth quarter to break open an otherwise close game.

“Rondo made some shots,” said Harden, who finished with a team-high 33 points. “We turned the ball over and he made a couple of 3s. That was it.”

Lakers forward LeBron James, who became the NBA’s all-time playoffs scoring leader, finished with 36 points and Anthony Davis added 26 points, but it was Rondo off the bench who seemed to come up with the difference making shots in the fourth quarter against a Rockets team that seemed a step slow.

Rondo finished with 21 points in a game in which the Lakers bench, which goes five deep, outscored the Rockets reserves 37-16. Rockets coach Mike D’Antoni has cut his bench to just four players and with Danuel House Jr. missing Tuesday night’s game for personal reasons, that left just an eight-man rotation.

And it showed in the second. The Rockets, who held a three-point lead at halftime, were outscored 51 to 38 in the decisive second half. James scored just seven points in the final two quarters after scoring 29 in the first.

“I just thought in the second half they played a little bit harder than we did,” D’Antoni said. “Our legs, we were a little slow off a lot of things, especially on the defensive end. We didn’t create enough turnovers to run.”

The problem for the Rockets is that Jeff Green was the only bench player to score points. Things could get worse for Thursday’s Game 4 with uncertainty around the availability of House and Robert Covington, who left in the fourth quarter with a head injury.