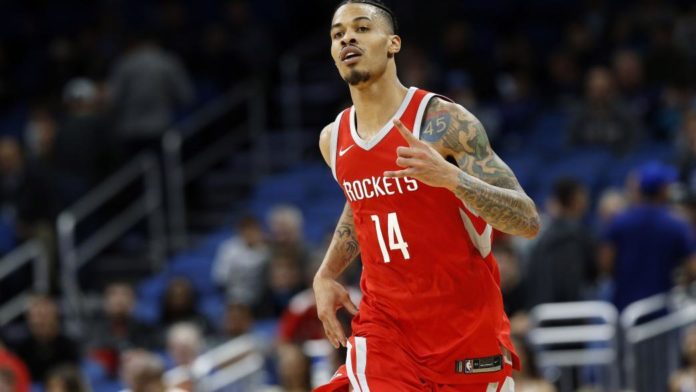 If you see Houstonian Gerald Green on the street, feel free to shake his hand, pat him on the back, do just about anything to wish him well, just don’t pinch him. Understand if you pinch Gerald, he might just wake up and realize he’s been living a dream for the last 3 weeks.

Green who played last season for the Celtics and helped them make it to the Eastern Conference finals, was unemployed this year, chilling in Boston, when the call came from GM Daryl Morey to come home and work out for the Rockets and possibly earn a 10 day contract. Morey liked what he saw and signed Gerald. What’s happened next has been nothing short of magical.

For Green, a 6 foot 7 guard/forward, this is his second opportunity with his home town team. Drafted 18th overall in the first round by the Boston Celtics in 2005, straight out of Gulf Shores Academy, Green has played for eight NBA franchises. He played one game for the Rockets in 2008.

Brought in to provide a spark off the bench with the second unit, Green is giddy over his role.

“I’ve just got to go out there and try and create energy on both ends of the floor,” Gerald said. “Just go out there and play within myself. Play Rockets basketball and just try and keep up the pace.”

Despite not being on an NBA roster this season, Gerald is not surprised that he’s been able to contribute immediately to the Rockets offensively.

“All I been doing is shooting in my driveway and playing one on one with my Rottweiler,” Green shared. “I’ve always been able to shoot, but you can only do so much when you don’t get the opportunity. You can’t really hit shots on the bench.”

As a Houstonian, playing for the Rockets is a dream come true.

“I’m on cloud nine, I don’t ever want to come down either. I mean this is a dream come true. I’m living my dream,” Gerald affirmed. “I remember as a kid, sitting Indian-style in front of my TV with my Pops. I remember when they (Rockets) swept Orlando. He was walking around the whole house with a broom. Those type of moments will always be nostalgic to me.”

Despite going through a rough patch dealing with injuries to key players and losses, Gerald is confident that this Rocket team has great things in their future.

“We got to overcome and we got to persevere. We’ve got to take it to the next level. I think this (adversity) makes the team stronger. I know through every storm there’s sunshine. I know something great’s going to happen to us and I’m ready for it.”

Because of his stellar play the Rockets have rewarded Gerald Green with a guaranteed contract for the remainder of the season.

“I’m just happy to still be in the NBA,” Gerald shared. “I’ve had a long journey, but it’s not over. I’m here for a reason. I know everything’s meant to be.”