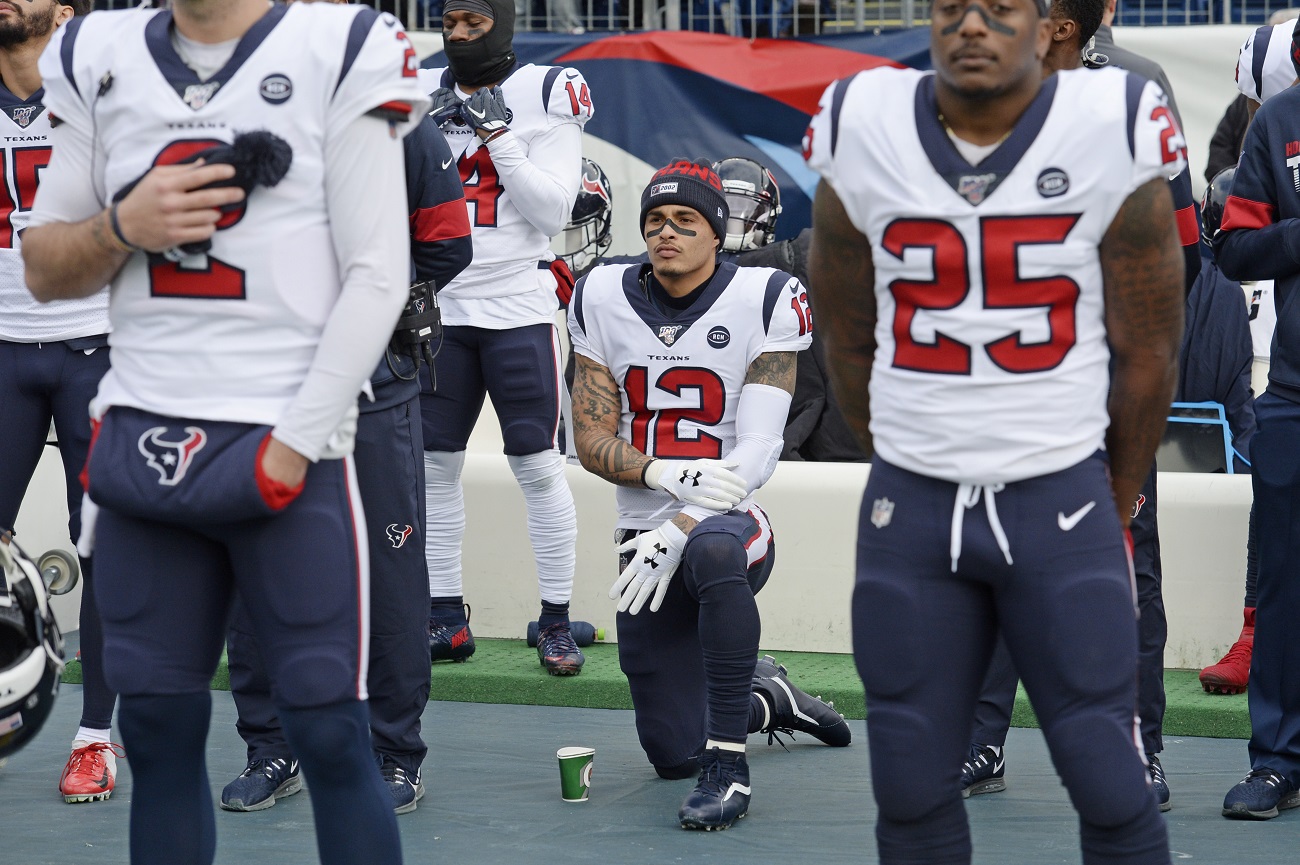 NFL commissioner Roger Goodell may have impressed some with his latest acknowledgement that he should have listened earlier to banished Super Bowl quarterback Colin Kaepernick when it came to why the quarterback was kneeling to protest police brutality.

Let’s just say Texans outspoken wide receiver Kenny Stills wasn’t among those who was impressed. He gave the commissioner the obligatory miss-me-with-it when the subject came up with the media Monday.

As far as Stills is concerned, Goodell could have saved lives had he not been part of the push to blackball Kaepernick from the NFL as a result of his social protesting before games.

“Honestly, I don’t really have too many thoughts about it,” Stills said. “He can say whatever he wants to say now, but in a sense if we would’ve taken a more stern stance and he would’ve listened to us at the beginning of this, there would’ve been so many lives that could’ve been saved.”

Since then the public tone of the NFL has changed to be tolerant and understanding, but Stills sees that more as more symbolic than a real push for change.

“It’s a nice gesture, I guess, to say he wishes he would’ve done something different, but look at the NFL,” Stills said. “We’re supposed to be kind of the leaders in our country and I feel like we figure out a way to always be – how do I want to say this? We’re reactive instead of proactive when it comes to a lot of the issues in our country and within the league, as well.

“I hope that we can do a better job moving forward of listening to our players, understanding our issues and doing something about it.”

Stills met with the media for the first time since being removed from the non-football injury list and returning to the practice field last week. Now the attention turns to his on-field production where he is expected to be a big piece of the Texans speedy receiving corp this season.

“Deshaun (Watson) has a lot of confidence in him. I think they worked out quite a bit together this offseason. There’s good chemistry there. We’re glad Kenny’s on our team.”