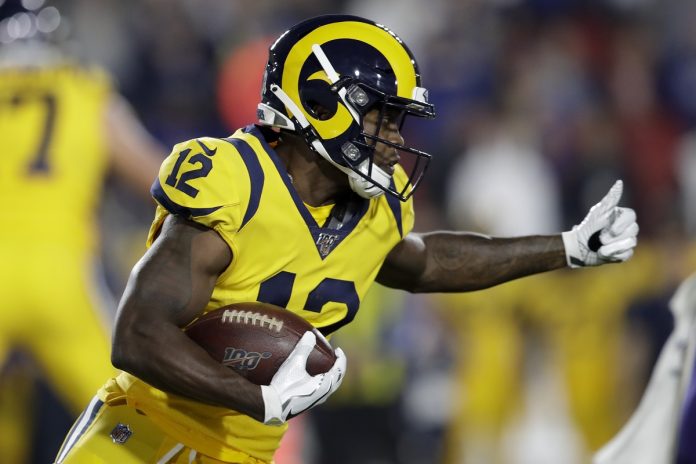 Texans general manager/coach Bill O’Brien has saved some face with Thursday’s trade with the Los Angeles Rams that will bring speedy wide receiver Brandin Cooks to Houston in exchange for a second-round draft pick in this year’s draft.

O’Brien has taken considerable criticism for trading away star receiver DeAndre Hopkins to the Arizona Cardinals last month. The 26-year-old Cooks is coming off a down year, but the seventh-year pro has been highly productive in stops with the New Orleans Saints, New England Patriots and Rams during his NFL career.

Cooks, a former first-round pick of the Saints (20th overall) out of Oregon State in 2014, has had 1,000-yard receiving seasons with the Rams, Patriots and Saints. During the last two seasons with the Rams, he had 122 receptions for 1,787 yards and seven touchdowns and he was key in the Rams 2018 Super Bowl run.

But he suffered a big drop off last season, finishing with just 42 catches for 583 yards and two touchdowns as he saw his targets decline and he also missed two games due to concussion issues. It was widely known this offseason that the Rams were shopping Cooks, who is in the middle of a five-year, $81 million deal he signed in 2018.

Cooks will be teamed with Kenny Stills, Will Fuller and newly acquired veteran slot Randall Cobb in the Texans receiving corp. In addition to Cooks, the Texans also received a fourth-round pick in 2022.