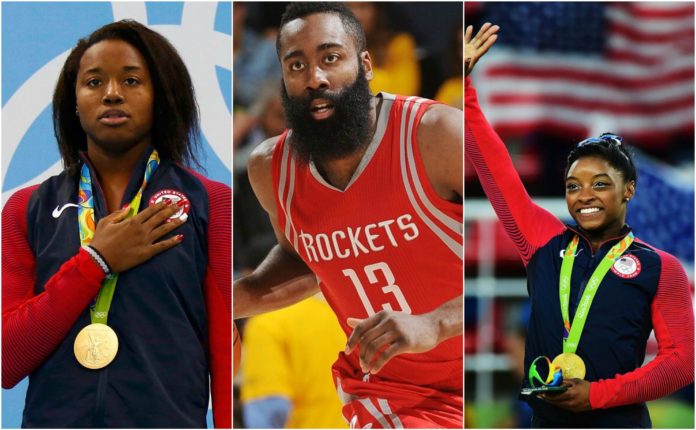 Janet Jackson once sang, “Funny how time flies when you’re having fun.” That’s one way to sum up 2016. As we close out the year, two Houston-area athletes gained international acclaim, our two local HBCUs had some good sporting news and we can’t wait for Super Bowl 51. On a sad note, we lost one of the greatest sports stars in history. That being the case, let’s review the top 10 stories from the college and professional ranks.

Farewell to ‘The Greatest’

Sports icon Muhammad Ali, who the world first knew as Cassius Clay, died on June 31. He was Ali, the 1960 Olympic light heavyweight gold medalist; Ali, three-time undisputed heavyweight champion of the world; Ali, Sports Illustrated Sportsman of the Century; Ali, Presidential Medal of Freedom and Presidential Citizens Medal recipient; Ali, international social activist for justice, peace, freedom and equality; Ali, floating like a butterfly and stinging like a bee; Ali, shaking up the world; Ali, pretty; Ali, quite simply “The Greatest” of all time. RIP champ!

Two young women named Simone from the Houston area traveled to Rio for the 2016 Summer Olympics. One Simone, last name Biles from Spring, dominated the gymnastics categories capturing gold in the vault, floor exercise, all around and team. Simone Biles also picked up a bronze in the balance beam. The second Simone, last name Manuel from Sugarland, made Olympic history in the pool. Simone Manuel brought home gold in the 100-meter freestyle and the 4×100 meter medley. She also earned silver in the 50-meter freestyle and the 4×100-meter freestyle.

Strong out, Herman in

It took three years for the brain trust at the University of Texas to decide the football rebuilding job instituted by head coach Charlie Strong was taking too long. Despite changing the culture of UT football to one with more character and integrity, those intangibles couldn’t offset a 16-21 record. As Strong exited stage right, in stepped University of Houston head coach Tom Herman, the man who made Cougar football relevant again. Herman, a former UT football grad assistant, always considered Texas his dream job. A 22-4 record at UH, including victories over Florida State, Oklahoma and Louisville, made that dream a reality.  UH replaced Herman with offensive coordinator Major Applewhite, a former UT quarterback.

If ever there was an athletic department anywhere in America that needed an athletic facility upgrade it was at Prairie View A&M University. Now the Panthers have a $70 million facility that would be the envy of any comparable sized university in the nation. The stadium boasts a seating capacity of 15,000 and amenities that include: a covered concourse with concessions and merchandising space; premium seating and luxury seats, and a press level.  The Athletic Field House immediately adjacent to the stadium, houses a strength and conditioning area, sports medicine suite, team meeting rooms, academic support space and locker rooms.

The Houston Rockets made big changes during the offseason. After three years center Dwight Howard opted out of his contract and signed a free agent deal with Atlanta. The team hired Mike D’Antoni as their new head coach, replacing Kevin McHale. They acquired Ryan Anderson and Eric Gordon through free agency and moved James Harden to point guard. How effective will these changes be? Who knows, but short-term results look promising.

The Texas Southern University Tigers captured the SWAC’s regular season basketball crown in 2016 with a 16-2 conference record. The Tigers were led by the stellar play of center Derrick Griffin.  He was recognized as Player of the Year, Defensive Player of the Year, and Newcomer of the Year, while his head coach Mike Davis earned SWAC Coach of the Year honors for the third time in four seasons.

Like the cheesy plot from an after-school movie, hometown hero LeBron James led the Cavs back from a 3-1 deficit to beat the defending world champion Golden State Warriors on the road. As a result Cleveland captured their first sports world championship in 50 years.

After nine years as a member of the Oklahoma City Thunder, free agent Kevin Durant bolted to the Sooner State and joined the Golden State Warriors. Durant, a former league MVP (2014), four-time scoring champion and seven-time All-Star, has accomplished everything except wining an NBA title. He hopes to grab that elusive ring as a Warrior.

In what amounted to a dress rehearsal for the Super Bowl, NRG Stadium was home to the NCAA Men’s Final Four. Oklahoma, Syracuse, North Carolina and Villanova comprised the 2016 field. The two-session Final Four attendance totaled 149,845, the second-highest attendance in Men’s Final Four history. The championship game attendance of 74,340 is also the second-highest in championship game history. The semifinals round marked an NRG Stadium attendance record with 75,505 fans. The finals produced a classic match-up between the N.C. Tarheels and ‘Nova. The Wildcats prevailed with a three-point buzzer beater as time expired, winning 77-74.

As soon as the confetti started to fall marking the conclusion of Super Bowl 50 in Santa Clara, Calif. back in February, Houston, was officially on the clock. Super Bowl 51 takes place on Feb. 5, 2017 at NRG Stadium. The event itself figures to be a huge economic windfall for the greater Houston area. Expect the Super Bowl to bring more than a million tourists to town, generating close to a billion dollars for area businesses. 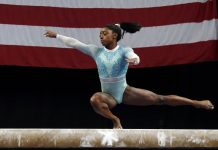 Biles sweeps all 4 events on way to 5th US championship 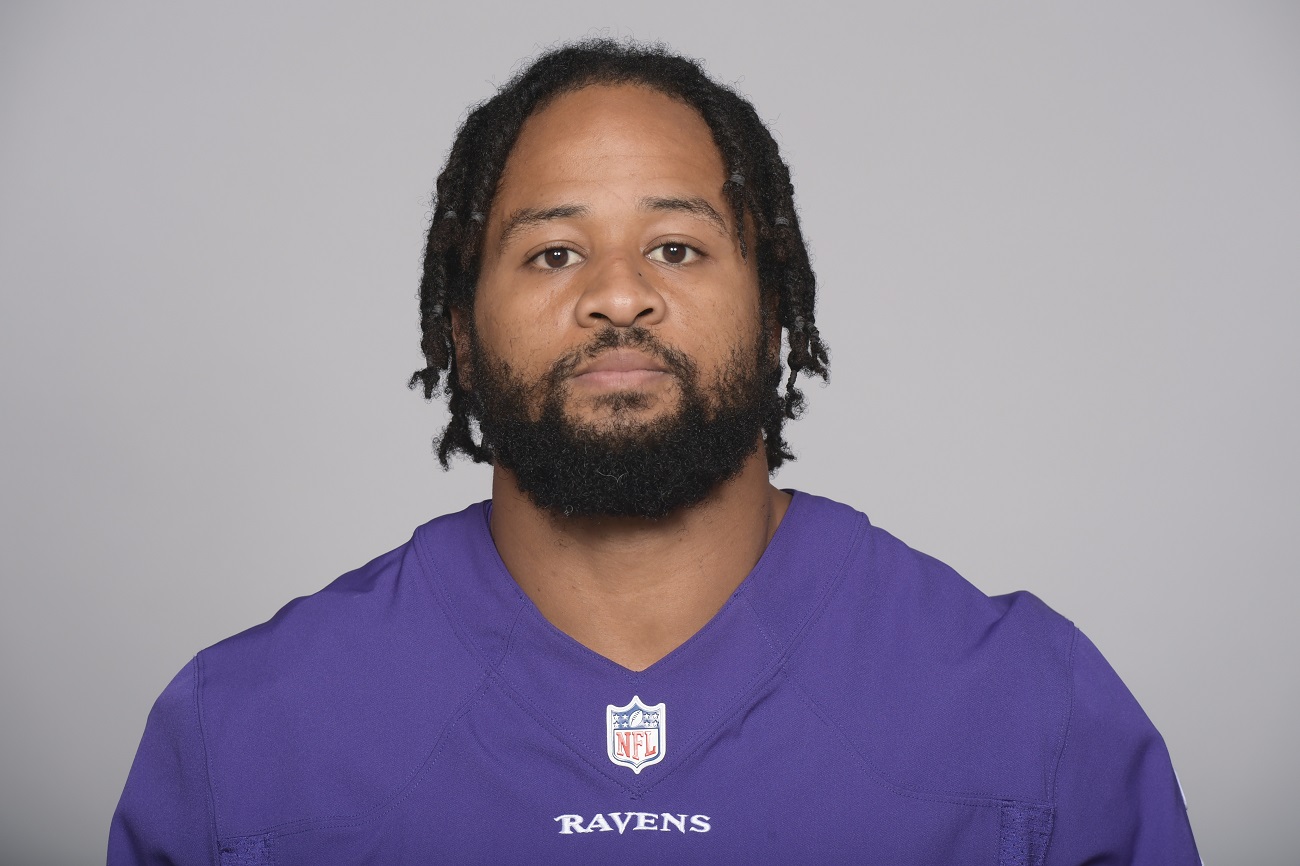 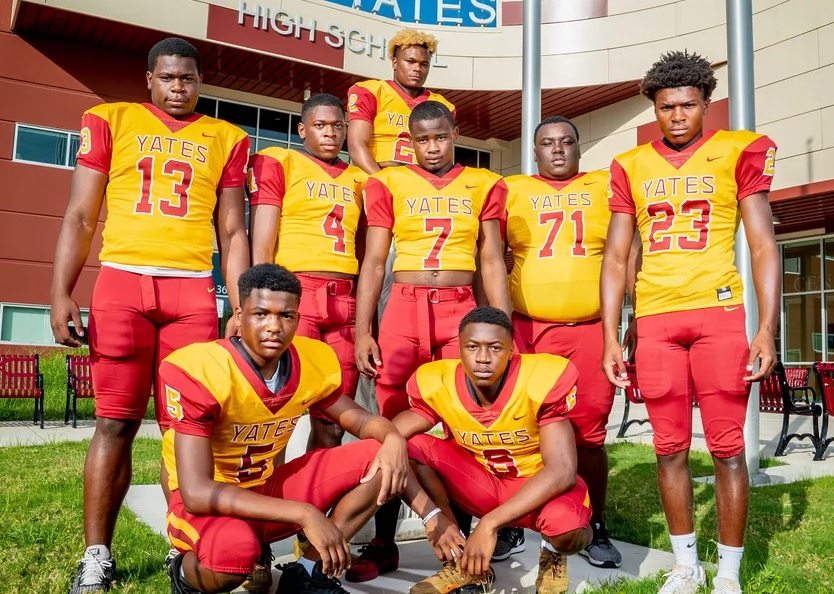