DefenderNetwork.com
Home SPORTS Professional Sports Westbrook has made it to the bubble with Rockets 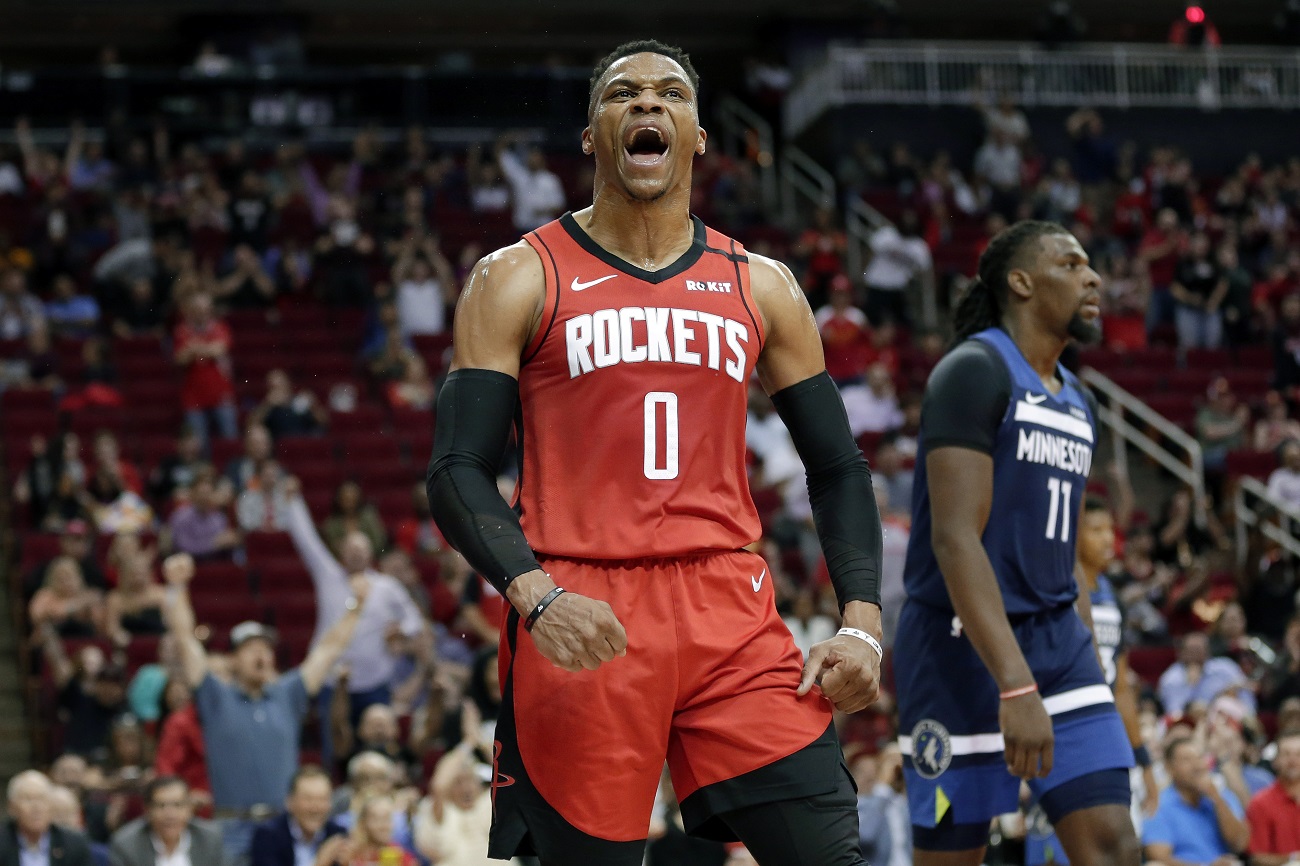 Rockets star guard Russell Westbrook has finally made it into the Orlando bubble.

Westbrook arrived Monday – nearly a week and half after the majority of the team. He could join his teammates on the practice floor at some point this week. Coach Mike D’Antoni said he doesn’t anticipate playing Westbrook in the first scrimmage, which is Friday against Toronto.

But for the Rockets, the team is finally whole in this restart after James Harden reported a week late last week. Westbrook had been absent because he tested positive for COVID-19 and now must pass two coronavirus tests 24 hours apart before he will be cleared to practice with the team.

“It’s definitely exciting,” Rockets reserve guard Austin Rivers said of Westbrook joining the team in the season restart. “To have one of the biggest pieces back, it’s just huge for our team and continuing to build on that chemistry. Everybody is looking good, feeling good, and (Westbrook) is that last piece.”

Westbrook arrived after the Rockets practice on Monday and the team did not practice Tuesday but D’Antoni anticipates that Westbrook will be in shape and ready to hit the ground running once cleared. While Westbrook is ruled out Friday, it’s likely he will see action in at least one of the Rockets final two scrimmages before the season officially restarts July 31.

“He has been working and he feels good,” D’Antoni said during a Zoom call with the media. “If you look at Russell, on his worst day he’s probably in better shape than anybody we have. I think he’ll come here and be ready to go.”

Westbrook, a nine-time All-Star, was shooting a career-best 47% from the field while averaging 27.5 points, eight rebounds and seven assists per game before the stoppage in March.

The Rockets’ scrimmage against the Raptors on Friday will be shown on NBA TV at 6:30 p.m.