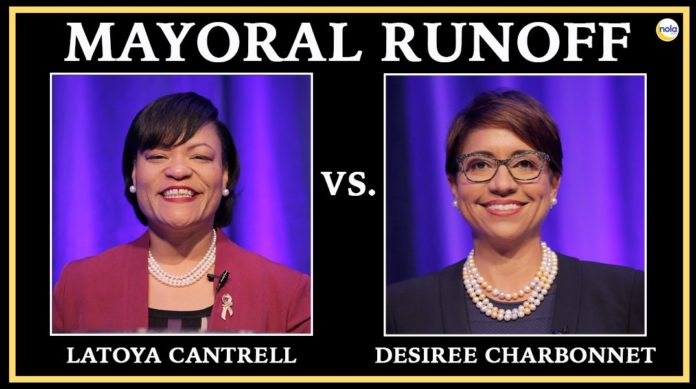 For the first time in New Orleans’ history, the city will have a female mayor, and both candidates in the final election round are African Americans.

City Councilwoman LaToya Cantrell and former judge Desiree Charbonnet topped a field of 18 candidates on Saturday to compete in a two-candidate runoff on Nov. 18, The Times-Picayune reports.

Cantrell won 39 percent of the vote to Charbonnet’s 30 percent, with all precincts reporting.

Analyzing the road ahead, The Advocate said Cantrell, who emerged as a champion of the working-class after Hurricane Katrina, has the support of prominent individuals in the White business community.

In her victory speech, the city councilwoman talked about creating a balance between the rich and poor.

“We all can win. It is not a zero-sum game as we have been made to believe,” she said, according to The Advocate. “We will not be pitting neighborhoods against one another, we will be building up neighborhoods.”

Her opponent has the backing of the city’s Democratic U.S. Rep. Cedric Richmond, who is chairman of the Congressional Black Caucus, as well as key players in New Orleans’ political establishment.

Charbonnet used her victory speech to rally supporters: “There are miles to go and work to do before we get there. We’ve got lots of fight left in us,” she said, according to The Times-Picayune.

The newspaper added that the candidates must court voters who cast a ballot for former judge Michael Bagneris, who finished the race in third place with 19 percent of the vote, the Times-Picayune said.