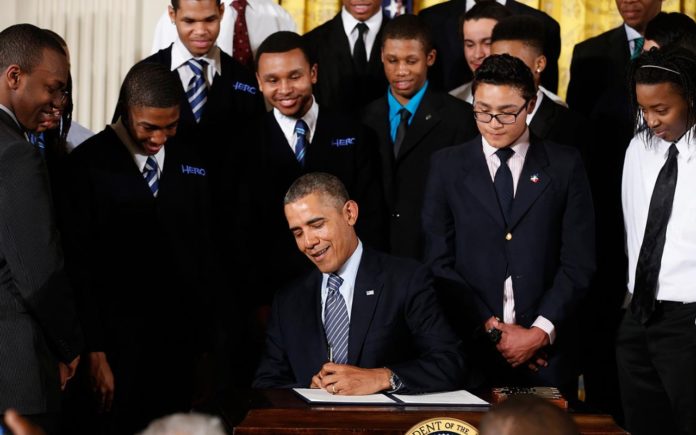 Former President Barack Obama has been dedicated to shaping the leaders of tomorrow. His foundation recently announced the launch of a new initiative designed to empower young Africans who are rising in the civic engagement sector, the Obama Foundation reported.

The initiative —dubbed Obama Foundation Leaders Program: Africa—will provide a full year of leadership development workshops for 200 up-and-coming leaders in Africa who are working in the government and other civil society organizations. The program is slated to launch in Johannesburg in July with a five-day conference full of workshops and training sessions to equip participants with the tools needed to evoke change in Africa. Obama will host a town hall meeting to gain insight on some of the most pressing issues faced in the continent today. After the conference, participants will continue their training through an online platform launched by the foundation where they can tune into webinars led by global leaders and participate in discussion forums.

Through his foundation, Obama has launched several initiatives in efforts to promote civic engagement amongst a younger generation. The foundation has hosted programs in Chicago, New Zealand, Brazil, Indonesia, India, Singapore, and Germany.