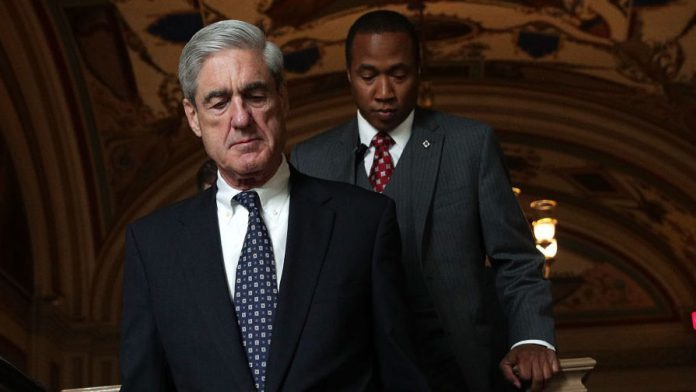 Donald Trump‘s supporters seem to have found a new way to discredit the Russia investigation. Now, they say, the grand jury on the probe is too Black.

A Trump associate who “recently testified” said that the makeup of the jury didn’t seem to benefit the president at all.

“The grand jury room looks like a Bernie Sanders rally,” the witness told Page Six. “Maybe they found these jurors in central casting, or at a Black Lives Matter rally in Berkeley.”

Apparently, the witness found it particularly concerning that 11 out of 20 of the jurors were Black. But considering the location, that shouldn’t be surprising at all. After all, the District of Columbia has a high concentration of African-Americans.

Not that Trump was likely to find many sympathetic ears in D.C., considering he only got a little over 4 percent of the vote in the district during the 2016 election.

And yet the witness complained to Page Six that there “was only one white male in the room, and he was a prosecutor.”

Now, the report is making the rounds on conservative media sites. Many of Trump’s supporters cite the makeup of the grand jury as evidence that the president isn’t being treated fairly.

For example, Gateway Pundit wrote that the report proved that the grand jury was “full of liberal hacks who most likely hate President Trump.” The site also claimed it was “way past time for the unconstitutional witch hunt to be shut down.”

This is part of a larger pattern for conservatives and Republicans. Recently, in an attempt to discredit the investigation, they have attached the FBI and Department of Justice as biased. Some Republicans, including Trump, have even gone so far as to suggest that the Bureau and Department are part of a “deep state.”