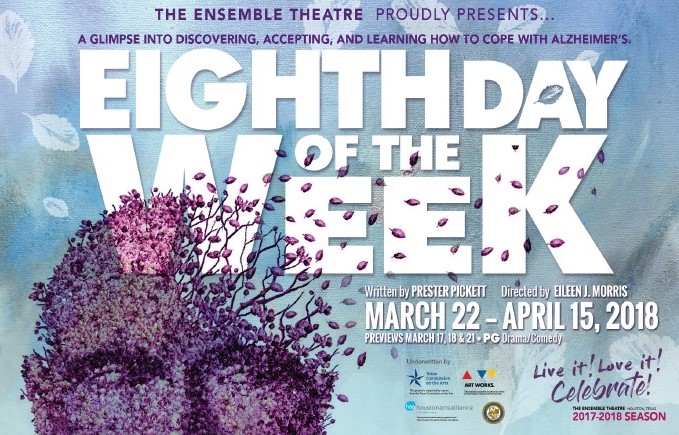 “At the time that I wrote this play there was very little conversation in a public forum about the impact of Alzheimer’s in the African American community,” says Pickett. “We began to hear more about Alzheimer’s when President Reagan announced he had been diagnosed following his second term in office.”

Love is the center of family and all that it involves, and one family struggles to hold the line as their aging matriarch’s memory begins to fade. This play originally was produced and presented in 1995 by the University Alzheimer Center at Case Western Reserve University and the Cleveland Chapter of the Alzheimer’s Association. Eighth Day of the Week is a story infused with humor to bring awareness to a condition that affects so many families around the world. This story will give a glimpse into the lives of family discovering, accepting, and learning how to cope with Alzheimer’s.

“I was drawn to this play because myself and so many of my peers are sharing concern for our aging parents,“ says Morris. “I hope this play brings understanding to those who haven’t experienced a loved one with Alzheimer’s and perhaps the true to life dialogue will offer a bit of light for families currently experiencing it.