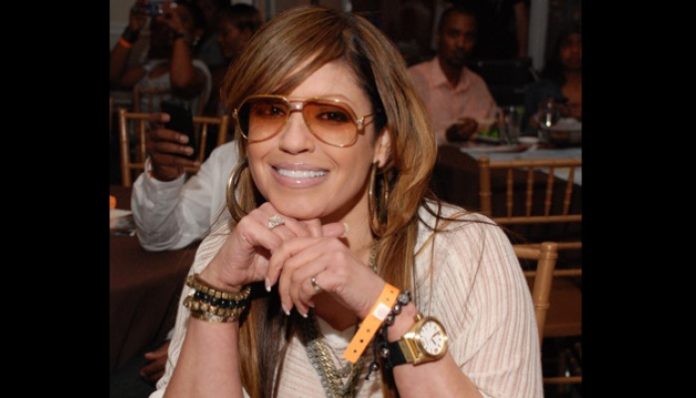 TLC’s former manager Perri “Pebbles” Reid filed a defamation lawsuit against Viacom in 2014, claiming VH1’s 2013 TLC biopic “CrazySexyCool” portrayed her as a “conniving and dishonest businesswoman” who exploited the group for her own personal gain.

According to The Hollywood Reporter, the case was set to go to trial September 24, but now is closed, as both parties have reached a settlement in the $40 million defamation case.

The exact terms of the settlement were not revealed.

As noted by The Muse, Tionne “T-Boz” Watkins and Rozanda “Chilli” Thomas cooperated with the filmmakers in the dramatized portrayal of their rise to fame; this helped convince the judge of the possibility of bias, as alleged by Pebbles’s complaint.

Viacom attempted to get the case dismissed but the court did allow the former singer to sue over “scenes where she was shown pressuring the group’s members to sign contracts without sufficient time, for scenes showing Reid exerting control over lawyers for the group’s members, for scenes that conveyed the idea that Reid improperly deducted expenses and only paid TLC $25 a week, and for a scene conveying that it was Reid’s decision to remove Chilli from TLC,” according to THR.

TLC was formed by Pebbles in 1991, and details of their deal with her production company, Pebbitone, were detailed in an episode of VH1’s Behind the Music which alleged that the group owed the label approximately $500,000 when it filed for bankruptcy in 1995.”The deal that we signed with Pebbles, it wasn’t a good or a bad deal,” Lisa “Left Eye” Lopes explained in the doc. “It’s the type of deal that new artists get.

The bad thing about the deal was that Pebbles had us signed to so many deals. She just had her fingers in the pot all across the board.”In a 2013 interview on The Wendy Williams Show, Pebbles was asked if she made TLC buy their name back from her for $1 million per letter, she refused to go into detail, citing a confidentiality agreement, but stated: “It was my name, not theirs. I created that name.