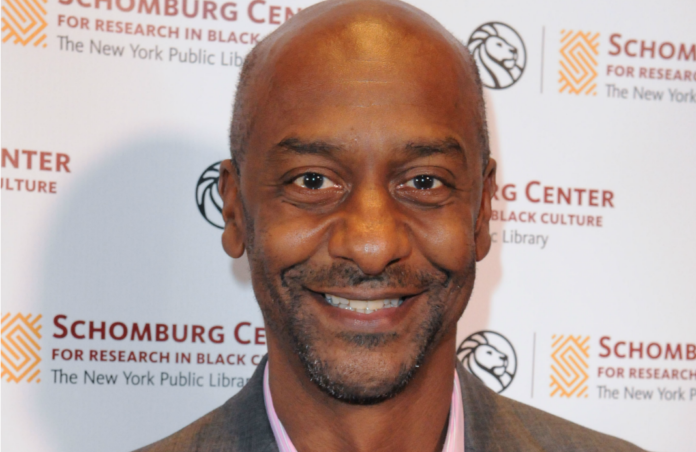 According to The Hollywood Reporter, Stephen Hill, the man who’s served as BET’s President of Programming since December 2014, is leaving the network. The news of his departure comes during what THR has termed as a Viacom shake-up.

Though Viacom CEO named BET as one of its six core brands, the efforts to rejuvenate BET didn’t include Hill or Vice President and head of original programming Zola Mashariki.

The news comes as a surprise considering BET has been on an upswing under Hill’s leadership. The network saw an increase in ratings with the New Edition biopic, Madiba, “The Real Husbands of Hollywood” and “Being Mary Jane.”

There is little explanation concerning the switch up but a source told LoveBScott.com:

“Apparently Viacom is calling the shots more now… BET no longer allowed all the independence they use to enjoy. Stephen (Hill) was in way over his head! After orchestrating the fall and removal of Loretha Jones (former programming head), he didn’t know how to do her job. After he aired all of the shows that Loretha brought to the network, green lit and developed (New Edition, The Quad, Mandiba, Rebel, Being Mary Jane, etc), he had nothing. He made a mess of the programming dept. — which is why Zola, his EVP hire was also let go. Stephen was also completely unprepared for upfronts — so they have almost nothing to present to advertisers!”

While this source’s comments make it seem like Stephen left on a sour note, the exit memos from both Debra Lee and Hill himself seem to paint a different story. You can read them both below.

I want to let you know that Stephen Hill, President of Programming for BET Networks has decided to step down from his role.

Stephen has earned a reputation as one of the leading creative minds in television and music. His contributions to the team have been invaluable as we worked together to successfully reinvigorate our brand.

Who could ever forget THE Prince Tribute, James Brown and Michael Jackson, Beyonce? & Kendrick Lamar? This list can go on and on. The incredible “awww yeahhh” moments Stephen has created during his 18 years literally are too many to mention.

I recently told the story of the first time I saw Stephen dancing in the aisle with red pants! I knew that was the spirit needed to take BET to the next level. And that was exactly what he did. His programming vision helped to create 106 & Park, The BET Awards, The Hip Hop Awards and hits such as Real Husbands of Hollywood, the amazing success of The New Edition Story and many, many more.

Most importantly, Stephen has been a trusted colleague and friend to many of us. We are fortunate to have enjoyed his service, creativity and laughter for so many years. I can’t imagine this ride without his energy, passion and love of BET. Thank you Stephen for every awesome and magical moment, I know this won’t be our last dance. I know your dedication to BET will still live on in everyone you’ve touched over the years.

Please join me in thanking Stephen for all the love and support he has given BET over the course of his remarkable career.

Let’s wish him well in his next adventure.

My first morning at BET was the day after Roger Troutman died. WKYS, WPGC and WHUR were all full with the music of Zapp and as I drove the car (that I still own) down New York Avenue in DC towards the BET Complex, I thought to myself “we’ll need to get the details and some footage quickly so that we can get something on the air today about Roger.” Immediately after orientation, I began searching out the people that could make it possible. But it turns out it was not possible. Due to the shoot schedule for the video shows, the edit time, and the way that Master Control was set up, the quickest anything could be turned around was one week. It was unimaginable to folks there then that BET could react to anything in real time. Crestfallen, I slumped in my way-too-big chair and gazed out at the McDonald’s across the street from my NetOps office; determined that the paradigm shift.

18 months later, we were live daily on BET and would stay that way for the next 14 years. What was previously unimaginable had been made real.

This Friday, 6,549 days after I took my first step through the doors of BET, I will walk my last one out. It has been my honor to serve this brand in that span and I am thrilled to have been able to be a member of the teams that ideated and created so many spectacles, moments, memories and miracles. It’s been fulfilling to be part of huge changes that literally shifted culture.

As we go forward, I’m excited by all of our immediate and long term upcoming trajectories.

For you and BET, it’s the opportunities you will mine through your new designation: VIACOM made a wise choice making BET a “Flagship” brand. It’s been proven over and over again that viewers want BET to win and that they believe highly in your ability to do so. We saw that recently with the culture shifting New Edition Story when, with one series, pundits and social media were ablaze proclaiming BET as the best TV producers of biopics. Full Stop. Huh? “Best” after one attempt? Yes. That’s the feeling. That’s the energy of an audience rooting for you. That’s a populace hot for you. Your audience knows that other channels have to study the culture, but BET is the culture…and they respect the difference. I truly wish you the fuel of innovation, execution and support to feed those fire-flames. There is an abundance of talent at BET Networks; each person a spark that can start the blaze of the next success; to again take what is currently unimaginable and set on a path to make it real. It has been my immeasurable joy to work alongside you.

As for me, since I was 16, I haven’t had many workdays of not getting up, getting into it and getting involved. ‘Tis a truly foreign concept. I talk about “time”…well, all of the time ( at least twice a year on email); about its value and to consider how you use time…as a friend or a foe. Right now, I’m choosing friend. I’ma throw my arms around it like I would a long lost buddy and enjoy a bit of what it might offer. I am truly looking forward to some time to just be. There’s much in this world I haven’t experienced that I soon will.

And then, I’ll re-approach the side of the action, sway to and fro while catching the rhythm and jump back into the fast-paced double-dutch of life. However, these same feet that will one day return to churning in time with the ropes will now, for a few moments, have their individual digits sifting sand…not unlike another former President. Check the IG in a little while. Previously unimaginable. About to be wonderfully real.

Thank you Debra Lee for pretty much everything since the day you saw me in the red pants. Your leadership, tenacity, dedication…and style…are appreciated. Your investment in me and support of me from the very beginning has been strong and constant. I treasure it and will pay it forward.

I will miss you all. I will miss this. I will miss us. But I am so excited to see where you next take this powerful, agile, thrusting spacecraft of a brand.

Imagine it and drive well.