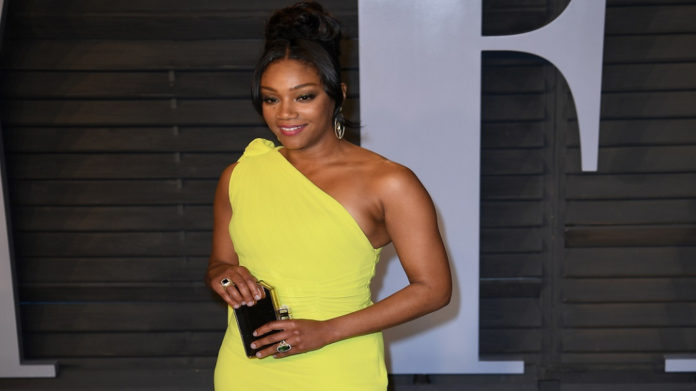 Tiffany Haddish’s ex-husband previously filed a lawsuit against her over claims made in her memoir alleging he abused her during their marriage. And now, new details have been revealed in letters his attorneys sent to the comic.

In her book,”The Last Black Unicorn,” Haddish claimed her ex-husband’s abuse caused a miscarriage and also that he flew into a jealous rage when he saw her chatting with a fellow comedian.

“[My husband] just snatched me by my shirt, and pulled me to the elevator and threw me in it … once we got to our hotel room, he was so quick,” she wrote of the incident which led to a 2011 restraining order. “He snatched me by the neck and slammed me into the wall.”

By December, William Stewart hired a legal team and sued the “Girls Trip” star and her publisher Simon & Schuster for defamation, libel, and slander and is seeking in excess of $1 million in damages, but The Blast reports that wasn’t before sending letters to Haddish to try to reach a settlement.

Before going public, Stewart claims he personally reached out to the comedian to try to  resolve “harmful and defamatory assertions.”

Regarding the temporary restraining order Haddish had against him during their five-year marriage, Stewart says it was dropped after “Ms. Haddish recanted the allegations in the TRO and pled with law enforcement to dismiss the TRO because it was untrue. In fact, she confessed to attacking Mr. Stewart.”

Stewart also maintains he has recordings of Haddish “seeking the guidance of a psychic to help with her erratic and violent tendencies towards Mr. Stewart, not vice versa.”

Additionally, he says during a 2012 interview with Dom Irrera, Haddish says her ex never abused her joking, “he never beat me up, he just choked me a little bit.” Choking, Stewart said, is a punchline in Haddish’s comedy.

“Furthermore, we have information that will demonstrate Ms. Haddish regularly requested Mr. Stewart to become more aggressive with her during sex, including, among other things, to choke her as a part of their sexual intercourse,” the attorneys’ letter states before concluding, “Mr. Stewart did not commit criminal domestic violence, nor did he abuse Tiffany Haddish during their marriage. He did not abandon his daughter. These assertions can never be unsaid and Mr. Stewart’s reputation has been irreparably damaged.”