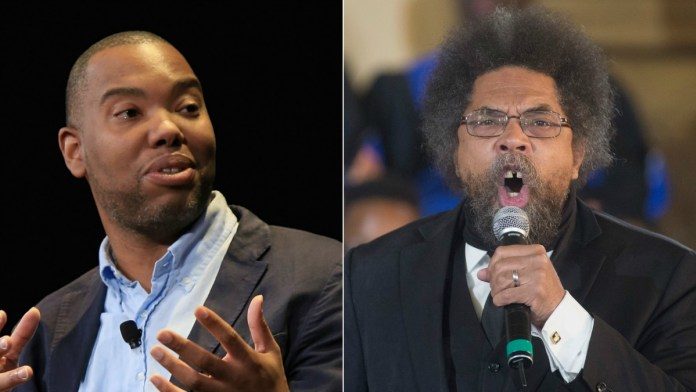 Ta-Nehisis Coates deleted his Twitter account after the fallout from Cornel West’s criticism of his book, We Were Eight Years in Power.

Recently, West wrote a column for The Guardian in which he claimed that Coates “fetishizes white supremacy.” The column also blasted Coates as the “neoliberal face of the black freedom struggle.”

On Twitter, Coates pointed out several people who added to or endorsed that criticism. And then, he retweeted Richard Spencer, a known white nationalist, supporting West’s column.

It was the only clue he gave into his mindset before he simply deleted his Twitter.

In a piece for the Guardian, West blasted Coates for “apolitical pessimism” and for having a view of Black America that is “too narrow.”

“Coates rightly highlights the vicious legacy of white supremacy – past and present. He sees it everywhere and ever reminds us of its plundering effects. Unfortunately, he hardly keeps track of our fightback, and never connects this ugly legacy to the predatory capitalist practices, imperial policies (of war, occupation, detention, assassination) or the black elite’s refusal to confront poverty, patriarchy or transphobia,” West wrote.

He also blasted Coates for presenting a view of the world that suggests Black people can’t beat white supremacy.

“In short, Coates fetishizes white supremacy. He makes it almighty, magical and unremovable. What concerns me is his narrative of “defiance”. For Coates, defiance is narrowly aesthetic – a personal commitment to writing with no connection to collective action. It generates crocodile tears of neoliberals who have no intention of sharing power or giving up privilege,” West said.

It’s one thing to disagree intellectually, but when white supremacists get behind that sharp criticism, it becomes a whole new issue. And for Coates, that was it. It was time to get out.

We’ll miss his presence on Twitter, but we appreciate that he got out for his own sake.