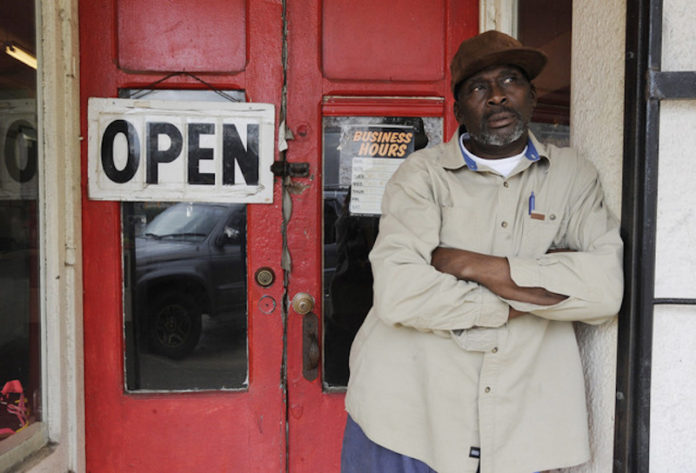 When Quinnipiac University polling director Tim Malloy saw President Donald Trump’s recent pre-Joint Address-before-Congress approval ratings, his initial reaction in the analysis was that they are “… sinking like a rock.”

“He gets slammed on honesty, empathy, level headedness and the ability to unite,” notes Malloy. “And two of his strong points, leadership and intelligence, are sinking to new lows. This is a terrible survey one month in.”

At first glance, that may appear so, particularly as numbers.  Now more than a month in office, American voters seem generally turned off by the president.  Overall, 55 percent give him a negative score compared to 38 percent, down 4 percentage points since the last Quinnipiac honeymoon rating on Feb. 7 soon after Trump’s inauguration.

Those numbers above, compounded with the nearly 60 percent of women who disapprove (versus 50 percent of men who do) show a portrait of the most unpopular president since Harry S. Truman.

What polls are showing is raw splits across political and racial lines. Republicans, still, overwhelmingly support their guy in the White House while Democrats are very comfortable in their rejection of the president.

But, more significantly, Trump maintains his core support base that he commanded before, during and after the election: a persistent average 30 percent or more of voters.  That segment of the population draws mostly Republicans, but many White independents, as well.

“To really get a good sense of where Trump’s approvals are, you can’t really look at one poll or another,” says pollster Justin Wallin, founder of California-based J. Wallin Opinion Research.  “It depends on the region they’re in, where they slant.”

Race, in particular, appears as a primary driver.

The most recent weekly Economist/YouGov poll offers a clearer portrait of sharp racial divisions driving Trump approval and disapproval ratings. A clear majority of Whites, 50 percent, have a favorable or somewhat favorable opinion of Donald Trump compared to 71 percent of Black voters who have an unfavorable opinion of the president.

And, despite constant public discourse slamming the Trump administration as anti-women, the most recent YouGov survey shows a remarkable 42 percent of women harbor generally favorable views of the president.

That may be low in comparison to past previous presidents. Yet, it’s not much different from the disparity in his favorability ratings right before the election: back then, in YouGov’s pre-election Nov. 7 poll, Trump garnered 45 percent favorability from Whites compared to a near unanimous 90 percent unfavorable rating from Blacks, and 72 percent unfavorable from Latinos.