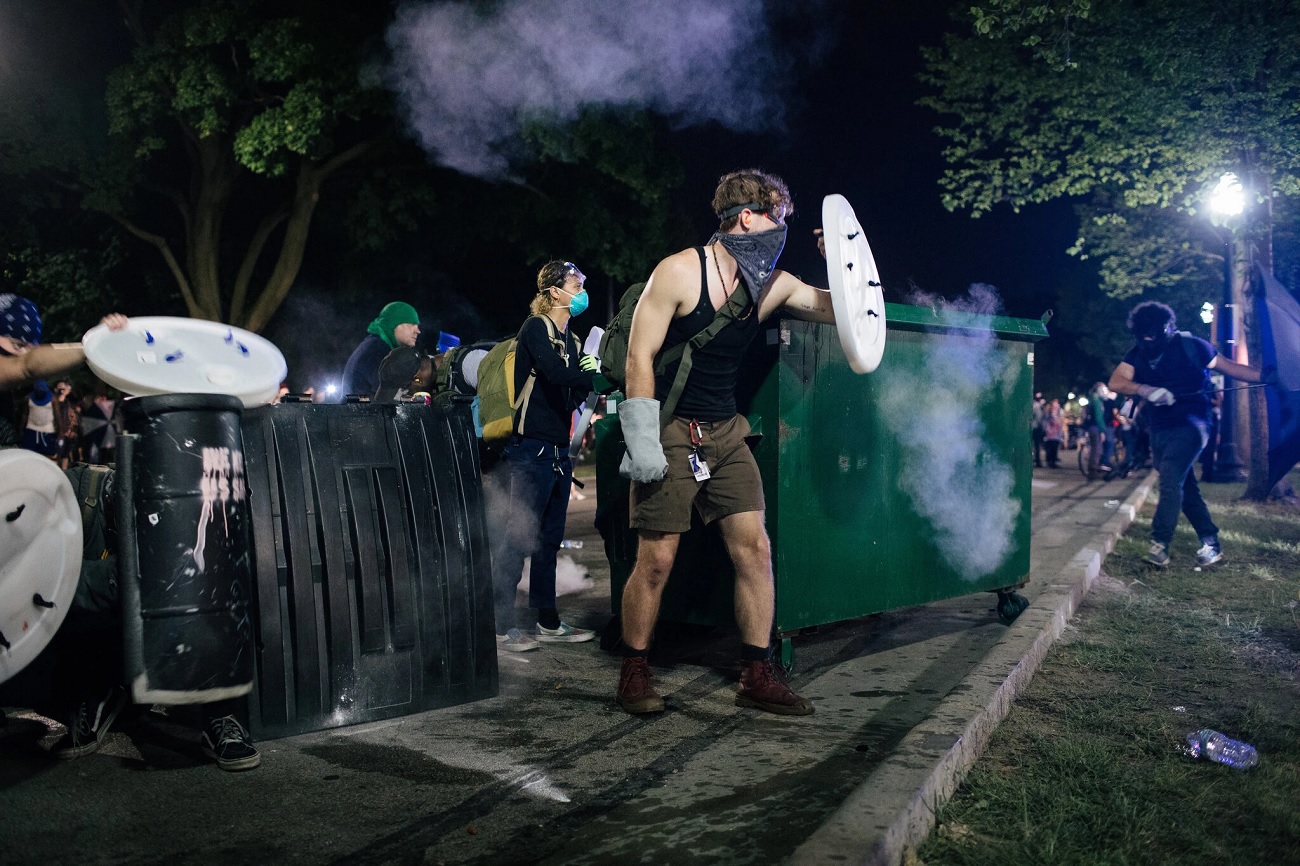 Two people were killed and another was wounded as shots were fired late Tuesday in Kenosha, Wisconsin, during the third night of unrest following the police shooting of a Black man, Jacob Blake.

The shootings were reported at about 11:45 p.m. in an area where protests have taken place, Kenosha police Lt. Joseph Nosalik said in a news release. They happened after police drove away protesters from in front of a courthouse that had been the site of the main clashes between protesters and authorities.

Kenosha County Sheriff David Beth said one victim was shot in the head and another was shot in the chest, the Milwaukee Journal Sentinel reported. Beth didn’t know where the other person was shot, but that person’s injuries were not believed to be life-threatening.

Beth told the Journal Sentinel that armed people had been patrolling the city’s streets in recent nights, but he did not know if the shooter was among them.

“They’re a militia,” Beth said. “They’re like a vigilante group.”

He said authorities didn’t detain anyone over the shootings, but that investigators had reviewed video of what happened and that he was confident a man would be arrested soon.

Cellphone video of at least two of the shootings that was posted online shows what appears to be a white man with a semi-automatic rifle jogging down the middle of a street as a crowd and some police officers follow him. Someone in the crowd can be heard asking “What did he do?” and another person responds that the man had shot someone.

Extended footage of the shooting in Kenosha. pic.twitter.com/oBG6UgT0Fs

The man with the gun stumbles and falls, and as he’s approached by people in the crowd, he fires three or four shots from the seated position, hitting at least two people, including one who falls over and another who stumbles away to frantic shouts of “Medic! Medic!”

With the crowd scattering, the shooter stands up and continues walking down the street as police cars arrive. The man puts up his hands and walks toward the squad cars, with someone in the crowd yelling at police that the man had just shot someone, but several of the cars drive past him toward the people who had been shot.

Protester Devin Scott told the Chicago Tribune that he witnessed one of the shootings.

“We were all chanting ‘Black lives matter’ at the gas station and then we heard, boom, boom, and I told my friend, that’s not fireworks,” said Scott, 19. “And then this guy with this huge gun runs by us in the middle of the street and people are yelling, ‘He shot someone! He shot someone!’ And everyone is trying to fight the guy, chasing him and then he started shooting again.” 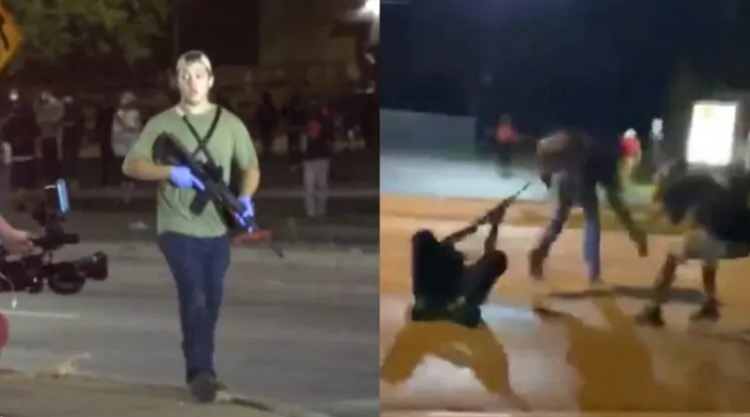 “I was cradling him in my arms. I was trying to keep this kid alive and he wasn’t moving or nothing. He was just laying there,” Scott said. “I didn’t know what to do and then this woman starts performing CPR. There was no pulse. I don’t think he made it.”

The shooting victims have not been identified.

At a news conference earlier Tuesday, Ben Crump, the lawyer for Blake’s family, said Blake was shot multiple times by police on Sunday and that it would “take a miracle” for him to walk again. He called for the officer who opened fire to be arrested and for the others who were involved to lose their jobs.

The shooting of Blake — apparently while three of his children looked on — was captured on cellphone video and ignited new protests over racial injustice in several cities, coming just three months after the death of George Floyd at the hands of Minneapolis police touched off a wider reckoning on race.

“But my son matters. He’s a human being and he matters,” said Blake’s father, who is also named Jacob Blake.

The 29-year-old was in surgery Tuesday, said attorney Ben Crump, adding that the bullets severed Blake’s spinal cord and shattered his vertebrae. Another attorney said there was also severe damage to organs.

“It’s going to take a miracle for Jacob Blake Jr. to ever walk again,” Crump said.

When asked what the police response to the family has been, the family’s lawyer said, “At this point, it seems to be a one-way street. They only want to get information from the family and the friends who were there that day. But they have offered this family no answers whatsoever.”

Blake’s mother, Julia Jackson, told CBS “This Morning” in an interview that aired Wednesday that she feels like she’s in a “bad dream” and that it felt “unreal” that her son’s name has been added to the list of Black people who were shot by police.

“Never in a million years did I think we would be here in this place. Him being alive is just a miracle in itself.”

The family’s legal team plans to file a lawsuit against the police department over the shooting. Police have said little about what happened, other than that they were responding to a domestic dispute. The officers involved have not been named. The Wisconsin Department of Justice is investigating.

Police fired tear gas for a third night Tuesday to disperse protesters who had gathered outside Kenosha’s courthouse, where some shook a protective fence and threw water bottles and fireworks at officers lined up behind it. Police then used armored vehicles and officers with shields pushed back the crowd when protesters ignored warnings to leave a nearby park.

Wisconsin Gov. Tony Evers had called for calm Tuesday, while also declaring a state of emergency under which he doubled the National Guard deployment in Kenosha from 125 to 250. The night before crowds destroyed dozens of buildings and set more than 30 fires in the city’s downtown.

“We cannot allow the cycle of systemic racism and injustice to continue,” said Evers, who is facing mounting pressure from Republicans over his handling of the unrest. “We also cannot continue going down this path of damage and destruction.”