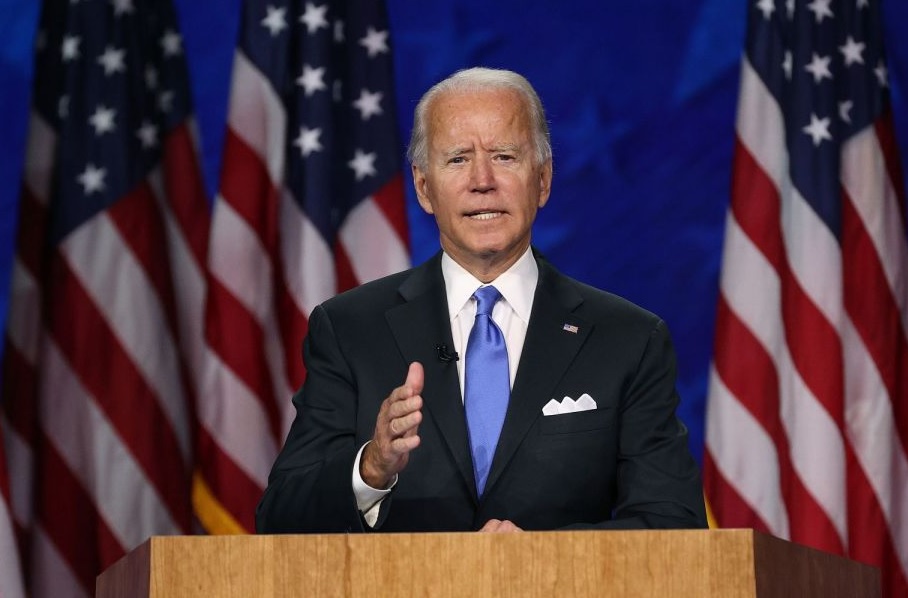 There are exactly 50 days left until what is expected to be one of the most important national elections in the history of the United States. While that may sound like a slight exaggeration to some, what’s at stake for Black America cannot be stressed enough.

The Biden campaign is making an aggressive attempt to reach those Black voters who say they want more from the White House by releasing a series of ads today scheduled to run on television nationally and in battlegrounds states including Florida, Michigan, North Carolina and Pennsylvania as well as online. The ads will feature real people speaking candidly about how the current administration has failed them, what’s at risk with the upcoming presidential election and why these individuals believe a Joe Biden and Kamala Harris administration is the way to go.

“Joe Biden and Kamala Harris continue to show a clear contrast in leadership when it comes to Donald Trump and what’s at stake,” said Kamau Marshall, director of Strategic Communications for the Biden campaign. “A Biden Harris administration will undoubtedly champion the safety, economic prosperity, and physical and mental well-being of all Americans, not just a select few.”

One ad in particular features Malik Gary, a 22-year-old essential worker from Tallahassee, Florida who has no choice but to take risks associated with COVID-19 in order to keep his job. Gary mirrors many Black millennials in the fact that he is not just sitting back and waiting for the world to change. He wants to be a part of that change.

When he’s not working towards his political science degree at Seminole State College of Florida, Gary is also working as a Customer Service Staff Member in the deli, bakery and meats sections of Publix Supermarket. He’s also a high school official in Florida certified to referee football, basketball, and baseball, but it’s the social justice aspect of his life that led to his decision to be featured in the Biden ad where he talks about the power of voting in general and the significance of his vote as a Black man in this election.

“Three things that are really dear to my heart are police brutality, minimum wage and free education or at least a way to lower tuition. Once you get out of college, you can be in so much debt that never ends so you’re just on a cycle,” said Gary in an exclusive interview with BET.com.

“When I drive and see a police officer, I clench my wheel not knowing if I’ll make it if I get stopped and that shouldn’t be the way in the land of the free. My generation isn’t accepting anything less and there’s no way that so many cases have been present in the last 10 years and so many police officers haven’t been charged. We are still waiting for charges to be brought against the police in the Breonna Taylor case. We have to have a set agenda and a set vision for police officers as people who are supposed to protect everyone.”

As part of the Black Students For Biden, Gary is part of a growing group of Black millennials who spend their free time peacefully protesting, marching, and organizing for a better America. Gary, who is a member of the Dream Defenders, Stand up Tallahassee, and More Than A Name, wants to see Joe Biden as the next president not just because of his previous experience in the White House under President Barack Obama but because he’s a man of his word who “never steered away from his goals.” Gary, who has dreams one day of working as a diplomat for the United Nations, likes Biden’s platforms on women’s rights and veteran’s rights and genuinely believes Biden’s reputation will forge a new path for Black millennials.

Also airing nationally is a series of ads called “Shop Talk Our Right,” featuring several Black men wearing face coverings or masks having a real conversation about the state of America as we know it today. Seated in a Black-owned barber shop in North Carolina, the men share their opinions about the economy, the impact of the coronavirus and even address those in the community who decided not to vote in the last election.

Take a look at the video below:

These campaign ads are just a small sampling of the frustrations and activations that are taking place in pockets of Black America. People like Gary are finding ways to have their voices heard above the rhetoric and the platitudes.

“A lot of people believe in Christianity and that Jesus is love but then we turn around and turn our backs against each other, and not show the love that is given,” said Gary. ”And if you are a Christian, it shouldn’t be that you’re a Black Christian, but that you’re a person of God and all of God’s children should be treated equally. Once we understand that it shouldn’t be about color, we will be better as a country.”