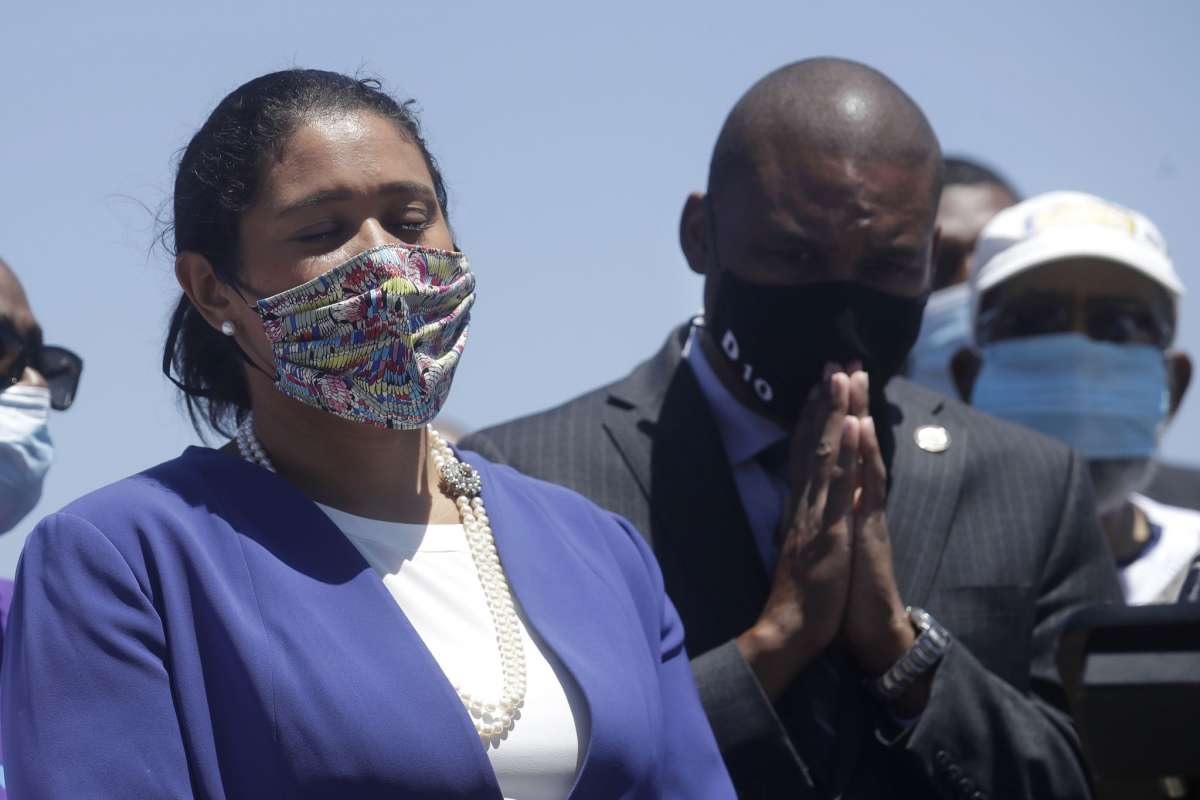 Black women lead four of America’s most prominent cities at a historic time for race relations. Activists question whether they’re meeting the moment.

Mayors Keisha Lance Bottoms, Muriel Bowser, Lori Lightfoot and London Breed steer four of America’s most prominent cities at a time when activists are looking to their local leaders to transform American policing. The four women have emerged as leading national voices, regularly appearing on cable news and headlining virtual forums on policing and protests.

But this elevated platform comes with a weighty set of expectations among constituencies with very different views of public safety and has led to rising frustration among members of the Black communities that helped elect them in the first place.

“There’s always added pressure on Black mayors dealing with public safety issues,” said Michael Nutter, the former mayor of Philadelphia. “Because you’re caught in the middle — Black communities want to be safe but they don’t want to be abused. As a Black mayor, you have to be able to deliver both of those messages, which at times might be at odds with each other.”

While the mayors represent a range of constituencies, they have in common a pro-reform approach to policing that has done little to satiate the demands for change. All have repeatedly expressed support for protesters’ efforts, but none have made sweeping changes in their city police departments — even as the calls for them to do so grow louder.

“The challenge of being both Black and being a woman … I think all of that plays into perhaps the cautious nature with which you see these mayors engaging their activist communities,” said Ravi Perry, dean of the political science department at Howard University. “Inherently, these elected officials are … representing a system that many of the left in the community believe should be dismantled.”

That conflict is now playing out under a magnifying glass: Atlanta’s Lance Bottoms, who announced Tuesday that she tested positive for Covid-19, is one of a handful of women atop Joe Biden’s vice presidential shortlist.

Washington’s Bowser has feuded with President Donald Trump on Twitter about the protests that took over wide swathes of the nation’s capital last month, after a Black man, George Floyd, was killed by Minneapolis police on Memorial Day.

Chicago’s Lightfoot made history last year when she became the city’s first Black female mayor — and signaled police reform would be a priority well before Floyd’s death set off months of nationwide protests. San Francisco’s Breed was also the first Black woman elected to lead her city. All are Democrats. 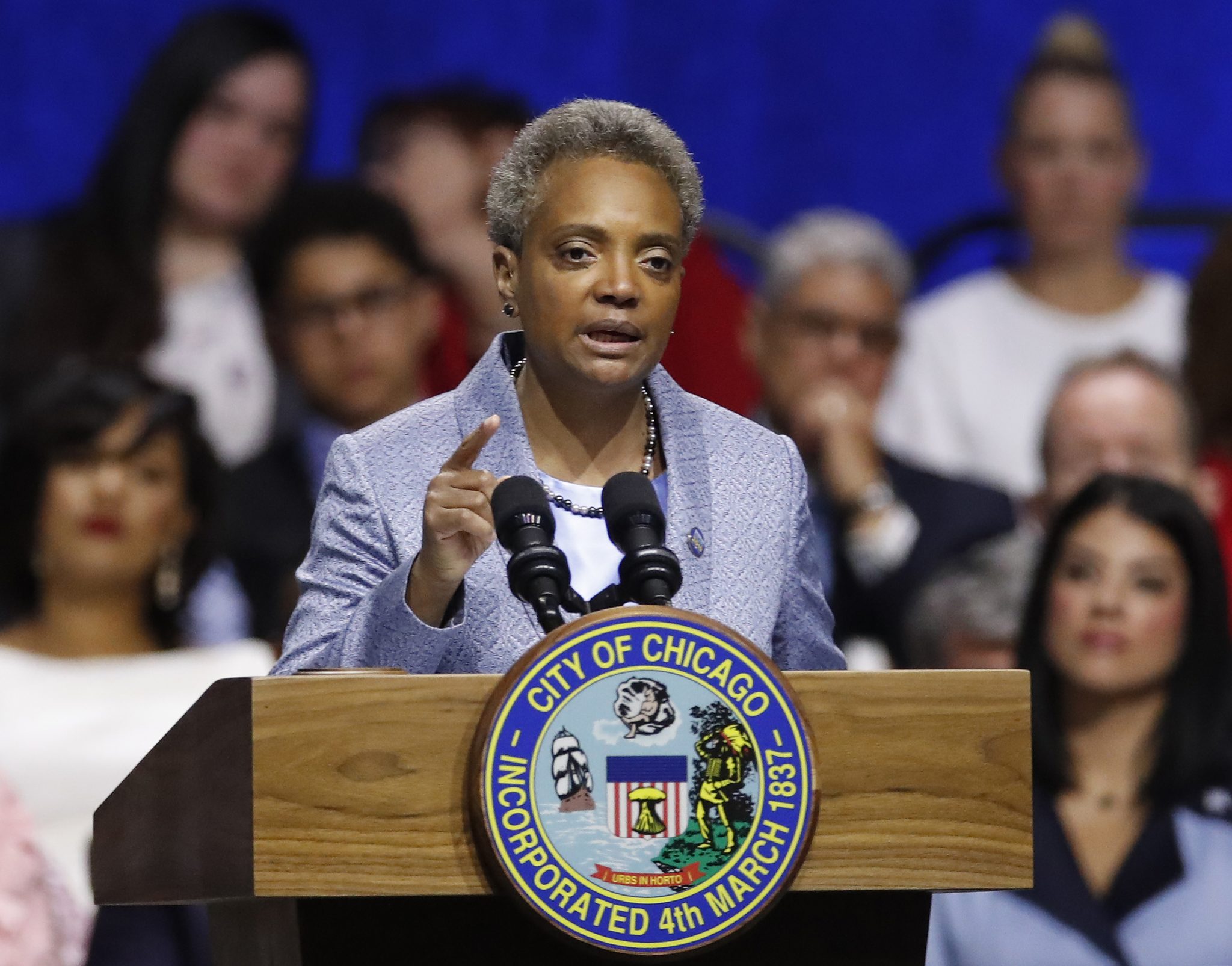 Yet, as the mayors’ political profiles have risen, their agendas have also been overtaken by multiple crises. The novel coronavirus, which causes Covid-19, is disproportionately infecting and killing Black Americans in Atlanta, Chicago and D.C. and other cities across the United States (in San Francisco, Black residents are being infected at a roughly proportional rate, but are dying at a higher one). Meanwhile, Demonstrations over police brutality and racism have taken over their streets.

And in the wake of an alarmingly bloody Fourth of July weekend in several major cities, including theirs, the debate over public safety has taken on renewed significance.

In Atlanta, five people died in 11 gun violence incidents. Chicago saw 15 deaths from 49 incidents, while an 11-year-old was killed in the nation’s capital and a 6-year-old in San Francisco over the July 4 holiday weekend. Atlanta, Chicago and D.C., whose populations are more than 30 percent Black, have also been home to some of the nation’s largest protest demonstrations.

It’s an interconnected set of problems that have drawn calls for bold leadership. But activists say the mayors are not living up to that call, despite the hopes that accompanied their barrier-breaking elections.

Nine women of color currently serve as mayors in America’s 100 largest cities, according to the Center for Women in American Politics at Rutgers University. In 2010, there was just one — Baltimore’s Stephanie Rawlings-Blake.

“We have this boom of Black women mayors and that has really shifted the numbers of Black women who are serving in these executive seats,” said Jessica Byrd, founder of the D.C.-based advocacy firm Three Point Strategies and a leading organizer with the Movement for Black Lives.

All four mayors’ police reform proposals include provisions like increased officer training, diversification of police units and/or higher penalties for excessive use of force. None of the four, however, has passed a defund-divest model in their city budgets, the chief demand from Black Lives Matter activists.

In early June, Breed announced plans to redirect funds from the San Francisco police department to the area’s Black community. 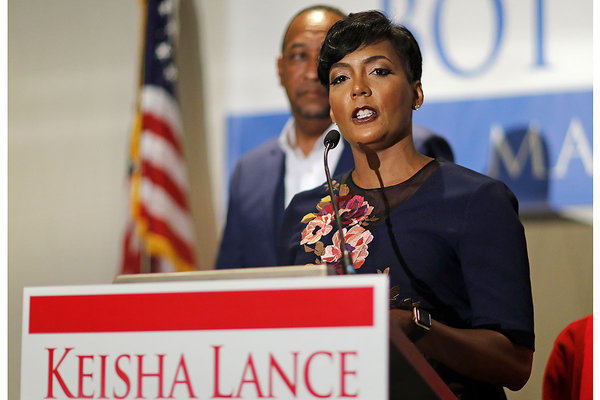 Bottoms, who is up for reelection in 2021, is navigating a police department in flux after the death of Rayshard Brooks, a Black man who was shot and killed by an Atlanta police officer in June, as well as a surge in coronavirus cases in the state. After the shooting death of 8-year-old Secoriea Turner over the weekend, Bottoms took a swipe at those perpetuating the violence, with an allusion to the Black Lives Matter movement, at large.

Bottoms’ strong words reveal how the dynamic between mayors and activists extends beyond the common push-and-pull of policymaking to a shared racial identity. Lightfoot has taken a similar approach, both by frequently acknowledging the virus’ disproportionate impact on Black Chicagoans and characterizing herself on Twitter as an omnipresent Auntie to some youth who were reluctant to stay home or social distance. Neither Bottoms nor Lighftoot responded to requests for comment.

Still, amid a nationwide reckoning on race and racism, organizers say that the time for talking is over.

“For so long in this country, we’ve tinkered around the edges of structural change,” Byrd said. “And we’ve said to law enforcement: ‘If you could just kill us less, if you could just learn a new trick so that maybe you won’t kill us in this specific way, then that’ll feel like progress.”

Yet, this crisis, Byrd and other organizers argue, requires immediate action from leaders and particularly their Black mayors beyond change within police forces. Many have been asking for this change since long before Floyd’s killing.

“She has done everything to discredit, disrespect or ignore us until George Floyd was murdered,” Goggans said. “[She’s] really portraying herself and D.C. as so progressive when it comes to policing and police brutality when she hasn’t even said the names of the people who have been killed in D.C. by police.” 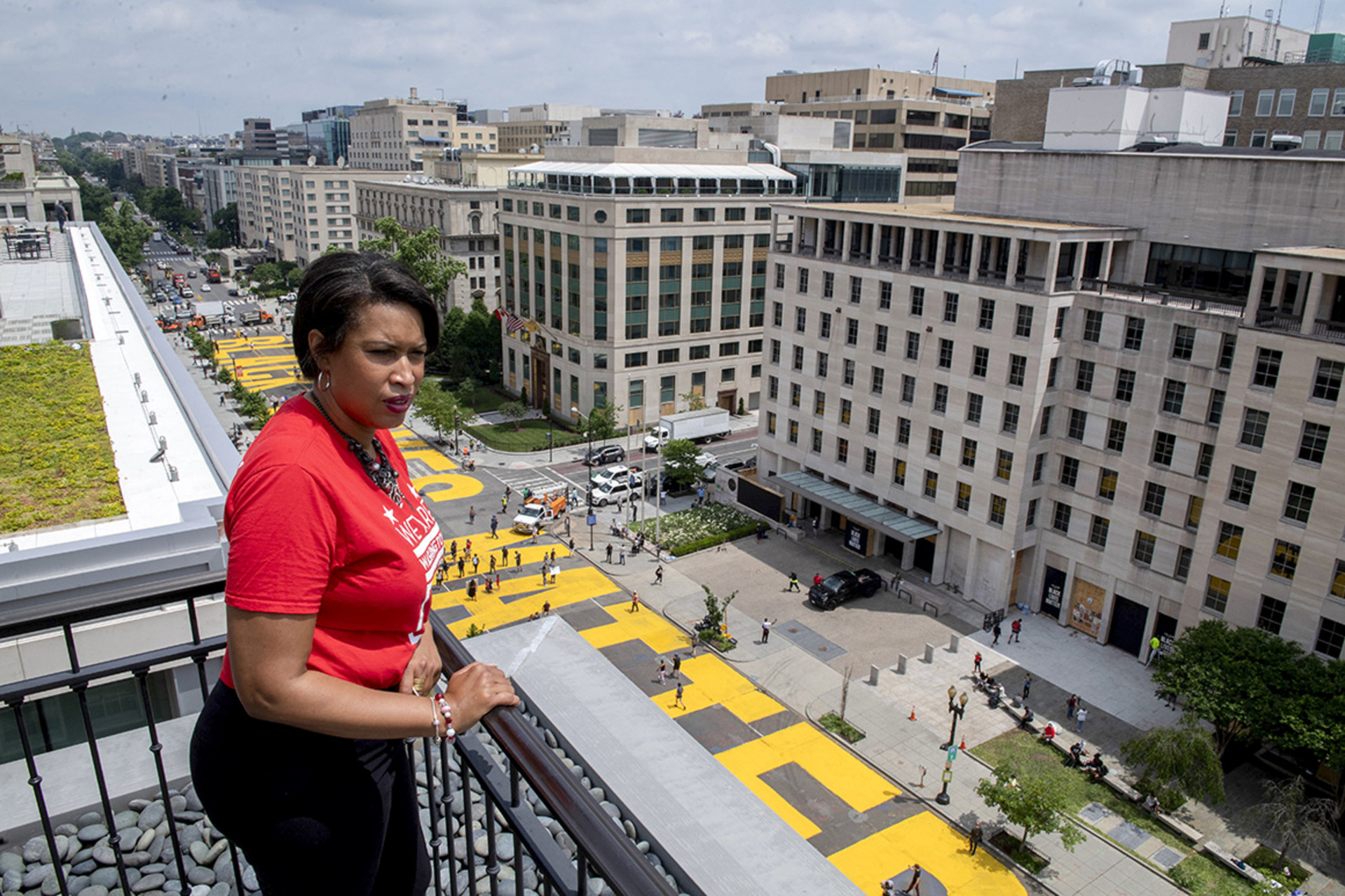 Activists, however, saw it as an empty gesture. The same weekend, Black Lives Matter D.C. painted “Defund the Police” in the same large, yellow letters across from the first phrase, a response they said was meant to confront Bowser’s lip service to the issue of police violence and call attention to their demands. Bowser did not respond to requests to comment.

Lightfoot and Chicago activists also have conflicting views on police reform. Lightfoot told POLITICO last month that calls to defund the city’s police department make for a “nice hashtag”, but said it would hurt efforts to diversify the force and run counter to what most Chicagoans want. Organizers say her record on police reform is too weak to prove that her current efforts would yield real change.

“We’re not going to keep saying ‘let’s train the police’ when that hasn’t occurred,” said Inez White, an organizer with the Chicago chapter of BYP100, a national organization of young Black activists. “Training police has cost us more money, and has still led to black people being killed.”

The pressure on the mayors to deliver policy results has been compounded by partisan gridlock at both the federal and state levels. Congress and many state legislatures have yet to agree on any significant policy changes related to policing, and an overwhelming majority of national legislators are against defunding the police.

“What adds to the problem is not having federal or national standards and having each mayor who has to pretty much do his own thing,” said McKinley Price, mayor of Newport News, Va., and president of the African-American Mayors’ Association. “I think it is putting pressure on mayors and pressures on our police chiefs and doggedly for them to try and come up with a plan that’s going to be unique and good for them.”

Activists say they plan to continue to mobilize against their mayors’ incremental reform models throughout the summer and beyond. They also maintain that leaders still have an opportunity to save face: by increasing transparency in their cities’ budgeting processes, reallocating funds to other municipal services like housing and, perhaps most contentiously, finding alternatives to the police.

“In these jobs there’s so many balancing components,” Nutter explained. “You can’t have a great city of people who don’t feel safe. Those mayors know that.”