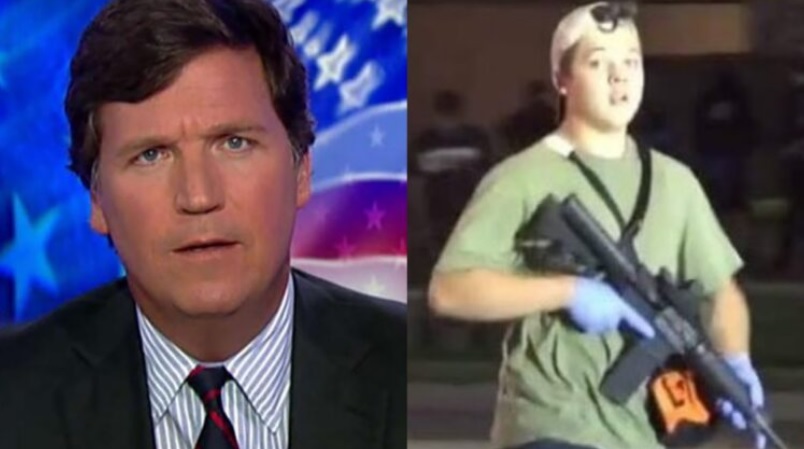 Tucker Carlson, the controversial right-wing Fox News host, took to the airwaves on Wednesday night to defend the 17-year-old who fatally shot two protesters in Kenosha, Wisconsin amid unrest over the police shooting of Jacob Blake.

Carlson, known for making incendiary and racist comments on-air, told his millions of viewers it was not surprising that protests in the city had “accelerated to murder.” The state’s Democrat governor and city officials, he said, were to blame.

“Kenosha has devolved into anarchy because the authorities in charge of the city abandoned it. People in charge from the governor of Wisconsin on down refused to enforce the law. They stood back and they watched Kenosha burn,” Carlson said.

Tucker Carlson: “How shocked are we that 17 year olds with rifles decided they had to maintain order when no one else would?” pic.twitter.com/6jf59YW60U

“So are we really surprised that looting and arson accelerated to murder? How shocked are we that 17-year-olds with rifles decided they had to maintain order when no one else would?”

Kyle Rittenhouse, 17, was charged with first-degree murder in the deaths of two men who have not yet been identified. The Antioch, Illinois teen paraded around demonstrators holding a suspected illegal semi-automatic weapon.

In a video clip shared online, Rittenhouse is seen being chased by a crowd of protesters who accused of him shooting someone. As they got closer to him, however, Rittenhouse fired his weapon multiple times, striking at least two people.

Carlson’s defense of the shootings quickly drew outrage, with some on Twitter calling for him to be fired.

“If they don’t take action after this, every one of Fox News’s executives, directors and advertisers is complicit in Tucker Carlson’s racist, murderous rants,” said Robert Reich, who served as secretary of labor for former President Bill Clinton.

Carlson is known to make comments that ignite fury online and calls for him to be fired. The Fox News personality has called White supremacy a “hoax” and “conspiracy theories” and argued that low-income immigrants in America make the country “poor and dirtier.” His statements have caused several companies to pull their advertisements from his show. Still, ratings for his show continue to dominate the cable news landscape.

His most recent comments on the protests in Kenosha echo previous statements he made about the Black Lives Matter movement in the wake of the George Floyd protest earlier this summer.

Carlson argued that national unrest over police killings of unarmed Black people wasn’t about Black lives and warned his viewers that the movement was a “mob” that was coming for them.