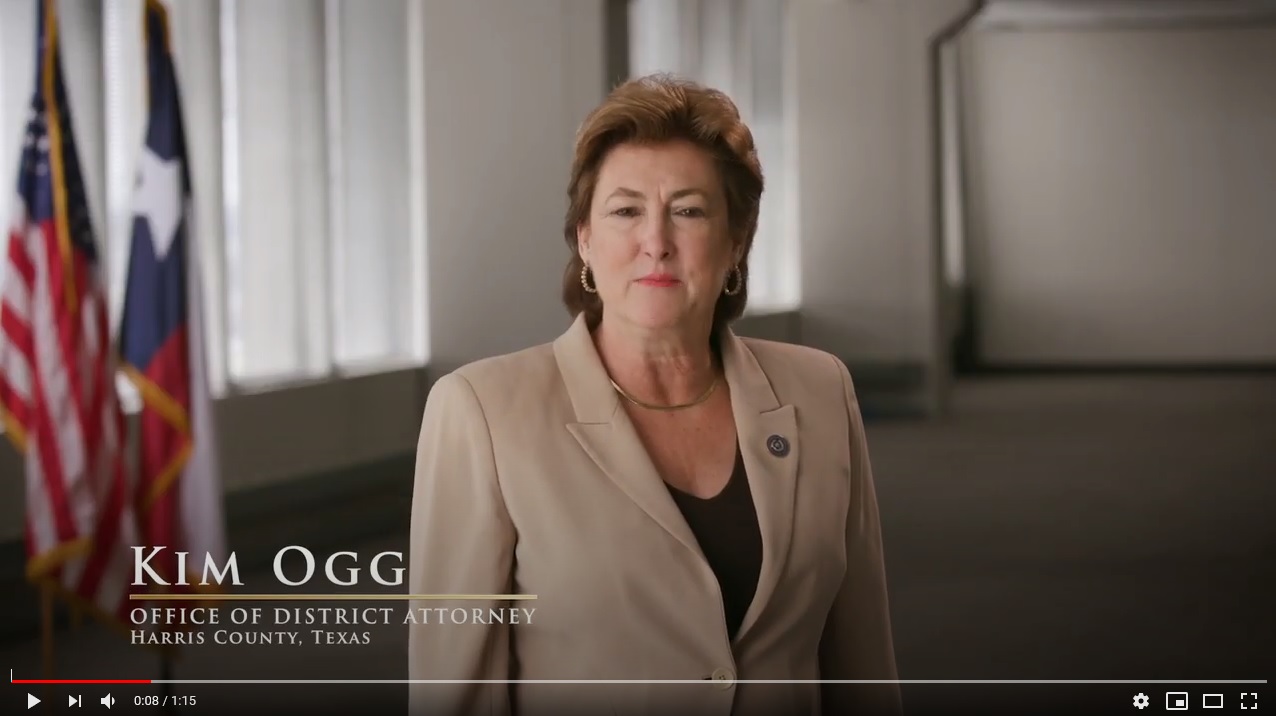 The video was created to raise awareness of the investigation process after a recent spate of police shootings, including the well-known raid that ended in the shooting deaths of two people at their southeast Houston home on Harding Street in January 2019.

“The Harris County DA’s office places a priority on ensuring justice for all in each and every police shooting because the public’s trust in our justice system depends on it,” Ogg said. “We know the process can be confusing and complicated for victims and their families who aren’t used to dealing with the courts.”

The DA’s office explains when a police officer shoots a civilian, prosecutors with the Civil Rights Division of the District Attorney’s Office, who are available 24 hours a day, go to the scene. While it is still an active crime scene, prosecutors observe the collection of evidence and the police officer’s “Critical Event Walk-through” in which the officer explains what happened.

If the grand jury decides the police officer was justified, the case is closed. If grand jurors decide the officer’s actions were criminal, they issue a formal charge, called an indictment, against the police officer. The DA’s office then prosecutes the case, which is resolved either in a trial or a plea.

Officer-involved shootings in the Black community occur at alarming rates across the nation. The unknowns of how or even if shootings will be fully investigated further deepens distrust of the criminal justice system. Videos, such as this one from the DA’s office, and other forms of communication at least explain the process so the community has the knowledge to hold officials accountable.