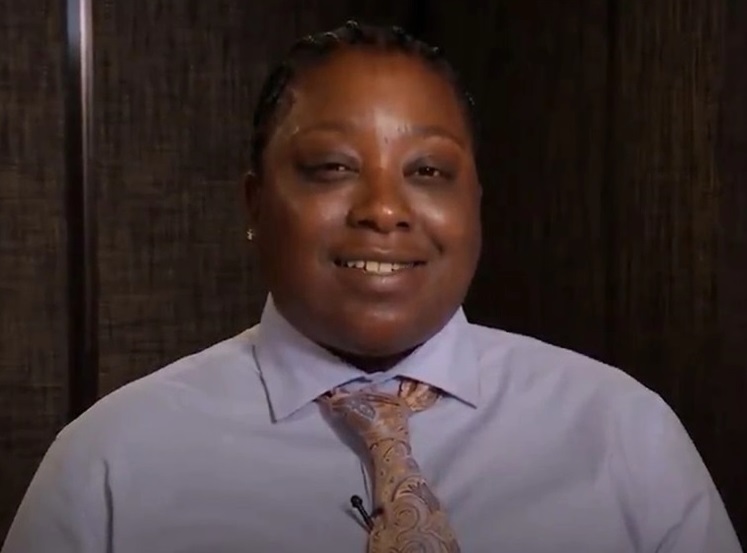 Brittany went viral last year after she was recorded telling former Vice President Joe Biden that she loved him while escorting him to a meeting with the paper’s editorial board.

“Thank you,” Biden responds repeatedly before asking the guard for her name and whether she has a camera. Moments after, the two pose for a photo.

“I take powerful people up in my elevator all the time,” Brittany said in her nomination message. “When they get off, they go to their important meetings. Me, I just head back to the lobby. But in the short time I spent with Joe Biden, I could tell he really saw me. That he actually cared. That my life meant something to him. And I knew, even when he went into his important meeting, he’d take my story in there with him.”

Pressed about the editorial board’s endorsement shortly after, Biden referenced the viral moment with Jacquelyn, saying: “I got something better. I got to meet Jacquelyn,” according to The Post.

Jacquelyn told the Post she was nervous before speaking to Biden in the elevator that day, but she decided to speak to him anyway. 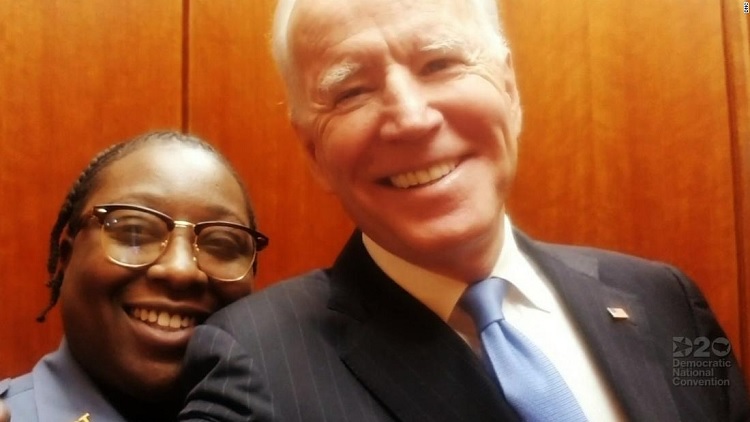 “That was my time,” she told the Post, while also adding: “Once he came in, he was just genuinely, genuinely nice to people. We don’t get that from everybody.”

“I kept thinking to myself, this was a person I want to lead the country.”

As a security guard at the Times, Jacquelyn has escorted celebrities before. The week before meeting Biden, she told the paper she got the chance to help assist Oprah Winfrey.

However, she added that she has never had the chance to escort President Trump before, nor does she have interest in doing so.

“I keep telling them, ‘If he comes, I’m taking off that day,’” she told the Post.