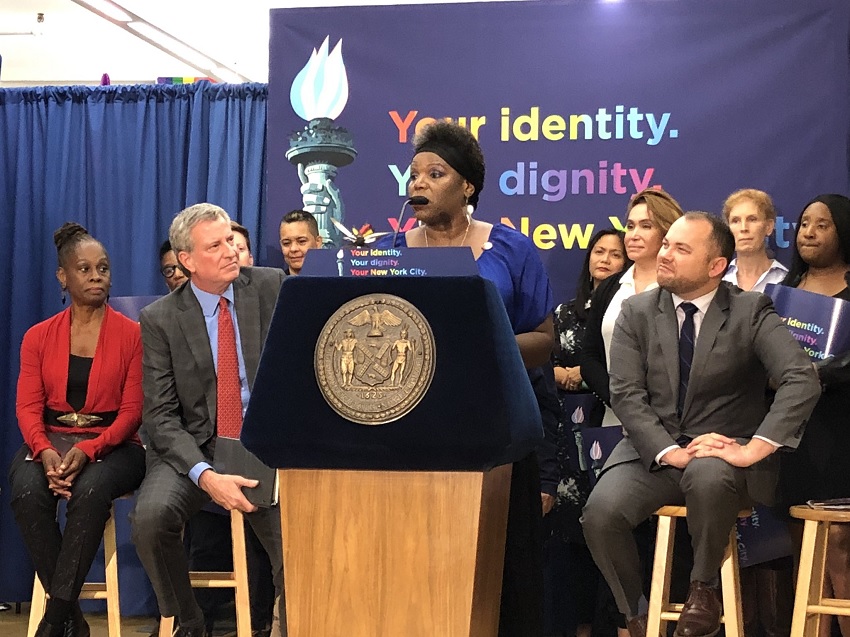 Federal District Court Judge Frederic Block issued a preliminary injunction against a recently published regulation by the United States Department of Health and Human Services which would illegally strip away critical anti-discrimination protections in the Affordable Care Act. The injunction comes after the Human Rights Campaign (HRC)  sued the Trump-Pence administration for advancing a rule that would have eliminated explicit protections from discrimination based on sex stereotyping and gender identity, thereby sanctioning discrimination against LGBTQ people, particularly transgender people, in health care programs and activities. The rule was scheduled to take effect on August 18 but will now be precluded from becoming operative.

The lawsuit was filed  on behalf of two plaintiffs, both transgender women of color: Tanya Asapansa-Johnson Walker, an Army veteran, two-time lung cancer survivor and community leader who co-founded a statewide advocacy group for transgender and gender non-conforming New Yorkers, and Cecilia Gentili, an entrepreneur, activist, writer and storyteller with over a decade of experience as a patient and health care policy advocate.

This preliminary injunction means that 858,000 LGBTQ Texans will be protected from discrimination by health care providers based on their sexual orientation or gender identity until the conclusion of the lawsuit, likely after the upcoming election.

“Today, LGBTQ Texans can breathe a sigh of relief,” said Texas State Director Rebecca Marques. “This ruling underscores the importance of protections guaranteed by the Affordable Care Act, a law Senator John Cornyn has repeatedly opposed and pledged to repeal. But the fight to make sure LGBTQ people have equal access to health care is not over. We need to elect a pro-equality President and Senate to ensure LGBTQ protections. Our community can’t afford six more years of John Cornyn in the Senate, we need MJ Hegar to take on the fight for LGBTQ equality.”

“This is a crucial early victory for our plaintiffs, Tanya and Cecilia, and for the entire LGBTQ community, particularly those who are multiply marginalized and suffering disproportionality from the impacts of the twin pandemics of COVID-19 and racialized violence. We are pleased the Court recognized this irrational rule for what it is: discrimination, plain and simple. LGBTQ Americans deserve the health care that they need without fear of mistreatment, harassment, or humiliation.

“This failed attempt to callously strip away non-discrimination health care protections is merely the latest in a long line of attacks against the transgender community from the Trump-Pence team. Today’s victory is  a  step in the right direction, and we at the Human Rights Campaign will continue to fight the administration’s attempts to dehumanize and stigmatize the LGBTQ community. This rule should be permanently tossed out and we will fight in court to ensure that it is.”

Read the Court decision granting the preliminary injunction here. Read the complaint here and the Plaintiffs’ declarations here and here.