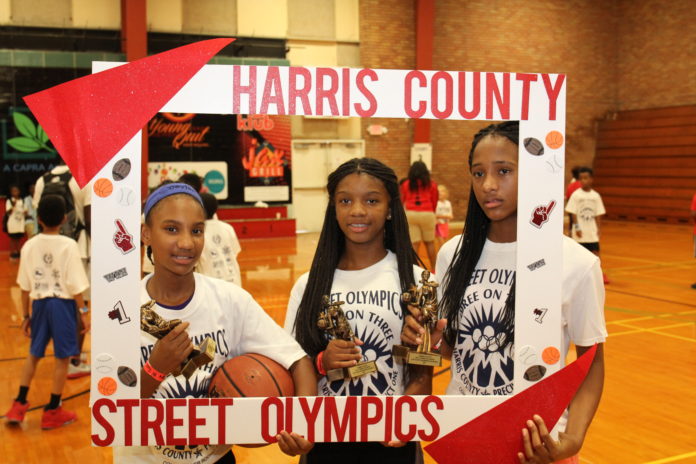 The 3-on-3 Basketball Championship Tournament, part of the Harris County Precinct One Street Olympics Summer Games, tipped off Wednesday, July 19 with about 224 boys and girls vying for first- and second-place trophies at Fonde Recreation Center.

The two-day, single-elimination tournament, which features Houston-area youth ages 7 to 17, is the first of three major events for the Summer Games. The tournament continued July 20 with 156 other players on 40 teams in the older-age brackets.

In addition to the athletics, the tournament competition and the other Street Olympics events teach youth leadership, discipline and the value of teamwork.

“Basketball is a team sport,” said Harris County Commissioner Rodney Ellis. “And so is life. We put on this tournament to give the children that competitive edge on the court – and in life.”

In the past five weeks of preliminary rounds, more than 500 boys and girls at 90 Street Olympics’ participating agencies’ sites competed for the opportunity to play in the championship tournament.

Thomas Young, whose Clinton Park Community Center’s team won the boys’ Division II, said he worked hard to get to the tournament and to win the championship.

Founded in 1986, the free, nonprofit Street Olympics has touched the lives of thousands of Houston-area youth and young adults by providing organized sports. In addition to basketball, the Summer Games include competition in “street games” such as jacks, Hula Hoop, kickball, jump rope and foot races. On Aug. 4, about 2,000 boys and girls will compete for “gold, silver and bronze medals” in an Olympic-style Final Event.

The Harris County Aquatics Program, which is under the Street Olympics’ umbrella, offers Learn-to-Swim lessons and competitive swimming. On July 28, about 150 children will participate in Splashdown, a friendly swim meet.

In addition, the Street Olympics provides educational opportunities through its Environmental Education Program, which includes Discovery Camp during the summer and the year-round Traveling Naturalists that both teach children about the environment and animal habitats.

“The children’s parents, many of whom work during the summer days, do not have the extra money to pay for elaborate summer camps and other activities,” Commissioner Ellis said. “That’s why it’s essential for the Street Olympics to provide safe outlets with constructive activities.” 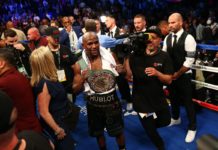