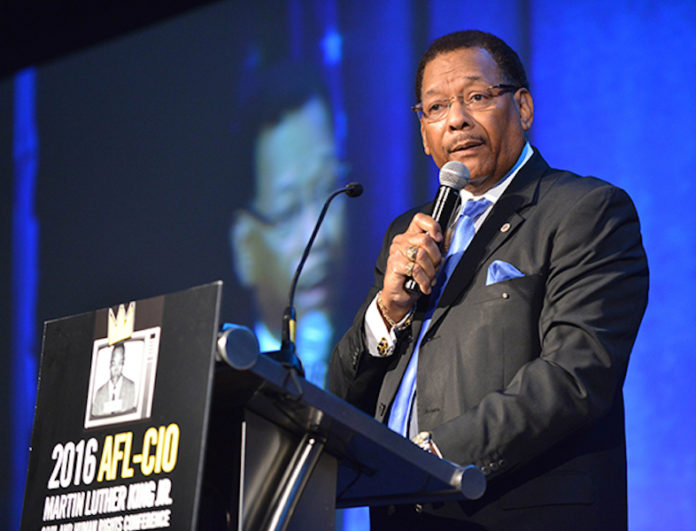 The Communications Workers of America (CWA) District 6 bargaining committee has reached a tentative jobs agreement with AT&T Southwest that will potentially impact 23,000 current and future workers.

A key provision of the proposed settlement, according to Claude Cummings Jr., vice president of CWA District 6, involves AT&T’s commitment to bring 3,000 jobs to the five states, jobs that had previously been sourced offshore.

“However, the CWA took the lead on this issue for years, way before Trump.”

Cummings said Trump ran for president on the platform of saving American jobs by nixing U.S. participation in the TPP, even though President Obama knew in August 2016, the votes were not there to maintain U.S. participation.

Years of talks between the CWA and AT&T became serious in 2016 with both entities agreeing on the need to bring jobs back to the U.S., leading to their agreement.

“When I watched footage from Ferguson, with Michael Brown’s body lying in the street for hours, and Black men being interviewed and asked ‘Why so much crime?’ Because there’re no jobs. Folk will find a way to feed their families if no jobs exist.”

Cummings, who is also the NAACP Houston Branch’s second vice president, stated the agreement with AT&T is a direct response to “all the Fergusons across the country.”

“It’s about economic empowerment. And these jobs coming back are not just any jobs, but 3,000 good jobs paying good wages, benefits, healthcare and pensions.”

Cummings expects Texas to see its first jobs from this agreement in early 2018.