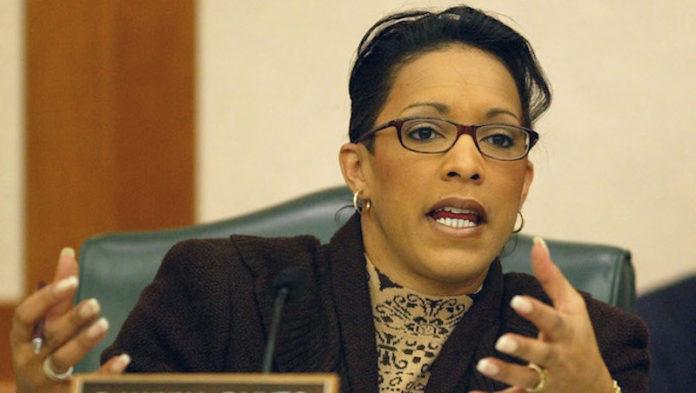 State Rep. Dawnna Dukes (D-Austin) is stepping down. The 11-term state representative said her resignation was a result of health issues related to a 2013 car accident and concerns over caring for her 9-year-old daughter.

Her announcement comes as the Travis County District Attorney’s office is conducting a criminal investigation into her alleged misuse of staff and government funds.

“It is with great sadness that I announce today my resignation from my seat in the Texas House of Representatives effective midnight January 10, 2017,” Dukes said in a statement. “My resignation is the result of injuries I suffered as the result of a car crash in August 2013 and the health complications stemming from said injuries.”

Dukes’ name will still be on the November ballot, and if she beats Republican Gabriel Nila, Gov. Greg Abbott could call a special election to fill her vacant seat. The next legislative session begins Jan. 10.

Dukes missed much of the 2015 legislative session and has said her absences were related to her health issues stemming from the car accident.

Former staff members accused Dukes of seeking reimbursement from the state for travel payments she was not entitled to. In February, The Texas Tribune reported that the state auditor’s office was investigating her use of state workers on a personal project Dukes oversaw, the African American Heritage Festival. The auditors referred the case to Travis County prosecutors.

Gregg Cox of the district attorney’s office said the matter “is still under review.”