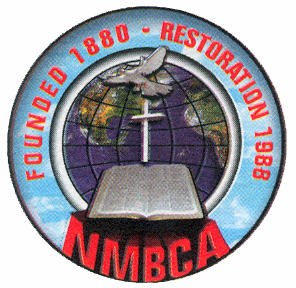 The National Missionary Baptist Convention of America is holding its 2019 convention in Houston Sept 2-5 at the Hyatt Regency Downtown, under the banner, “Connecting Locally and Reaching Globally.”

“The overall goal of the convention is to carry out the mandate that Jesus handed down in Matthew 28:19-20, where he stated, ‘Go into all of the world, and teach all nations, baptizing them in the name of the father, son and Holy Spirit,” said Smith.

Smith said the convention’s motto is more than a catchphrase, but rather a way of life their body of churches seek to manifest daily.

“The evangelistic saying is that we get together then move out all over the land and country. For example, we’re meeting here in Houston and we’ll be focusing on missionary work in other countries, our evangelistic movement, foreign missions movement and global movement…”

A pre-convention gathering of the denomination’s Ecumenical Movement will hold a series of meetings at Bethany Missionary Baptist Church, 3307 Elysian, Aug. 27-30.

During the convention proper, a new denomination president is set to take the reins. Dr. Anthony Sharp, a native Houstonian who pastors Tabernacle of Praise Missionary Baptist Church in Dallas, was elected to the position last September. Sharp will officially be inaugurated during the convention’s 139thsession in Houston.

“I’m looking forward to him giving great leadership to our convention,” Smith said.

For more information on the convention visit www.nmbca.org.