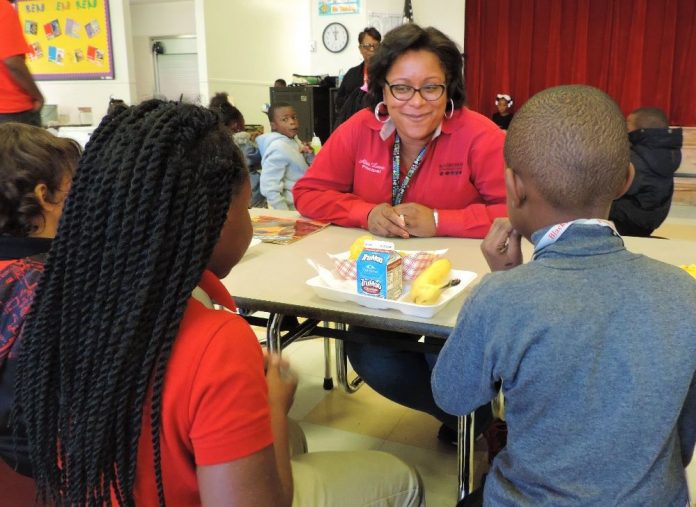 The University of Houston has an all-hands-on-deck initiative designed to help the school be a better Third Ward neighbor by utilizing the entirety of its resources to meet community needs as identified by area residents. The effort, titled the Third Ward Initiative (3WI), is led by Executive Director Dr. Elwyn Lee.

Lee also holds the titles of VP for Neighborhood & Strategic Initiatives and co-chair of the University & Neighborhood Partnership Forum. Titles aside, he has silently orchestrated one of the most comprehensive community engagement efforts in the country.

The 3WI has been hard at work seeking to transform the academic achievement ratios of Yates High School and five other schools in its feeder pattern: Blackshear and Foster elementary schools, and middle schools Thompson, Hartsfield and Cullen. According to Blackshear principal Alicia Lewis, the 3WI has exceeded expectations.

“The 3WI gave us so many things,” Lewis said. “They helped with our 100-year anniversary gala, UH Board of Visitors members volunteered time and donated needed items to our annual Community Fair, and the Cougar Literacy Corp – UH students who provide one-on-one support for our students during the school year – have even shown up during the summer.”

The UH College of Education also provides Blackshear with interns.

“The interns are there four days a week, all day. UH has the best model for preparing teachers for real life teaching,” Lewis added.

Wayne Luckett, who was appointed by UH President Renu Khator to head up UH’s Schools Initiative, is excited about the progress he sees.

“With several of our schools on the borderline of not meeting standards set by TEA, we are looking closely at the outcomes of the new valuations that come out in August, and with that we can really highlight the results,” he said.

“UH is rising to Tier One status and receiving accolades, but I’m really excited that President Khator recognizes that Third Ward is our neighbor, and she wants Third Ward to be as successful as UH.”

SURE works with individuals who need assistance starting or expanding a business. Though SURE started in 2012, before the 3­­WI began, it has since given preference to potential candidates from Third Ward through the 3WI and partner organiz­ations, Project Row Houses (PRH), Change Happens, Emancipation Economic Development Council (EEDC) and Community Artists Collective.

The free, 14-week program covers all the basics preparing graduates for business success, including business plan writing, financial literacy and an opportunity to pitch their businesses to prospective investors during the program’s culmination.

The program has relationships with numerous lenders, including Wells Fargo, Capital One and Frost Bank.

SURE graduates include Cory Toatley (Alchemy Candle Co.), Georgia Provost (Provost Photography), Shannette Prince (African On My Back), and over 600 more.

The 3WI is also involved with two pilot programs, with PRH designed to increase single mother business owners, and the Houston Anchor Collaborative which seeks to use an Anchor Institution strategy to expand employment and contracting opportunities. The current collaborators are UH, Texas Southern University, Houston First and Memorial Hermann Hospital System.

According to Lee, facilitating such collaborations “will get UH’s Kathrine G. McGovern College of the Arts(COtA) more invested in the art and culture of Third Ward and expose UH’s vast amounts of public art to a wider audience.”

These objectives are being met in part through two PRH Fellowships funded by the UH Center for Socially Engaged Art. Additionally, PRH co-founder Rick Lowe, a UH faculty member, is sharing his expertise to train future producers of socially engaged art. Moreover, this effort includes partnering with neighborhood schools to expose children to music, theater and other arts.

Sixto Wagan, along with Lowe and Andrew Davis, dean of COtA, is leading this effort, which includes bringing internationally respected artists to share their work and learn with initiative participants. Wagan and team are also bringing 500 youth leaders and social influencers to Third Ward as part of the Brave New Voices Life is Learning program, introducing them to the community’s rice culture and socially engaged art.

Wagan added that through the COtAs-PRH Fellowships, the 3WI is investing in the next generation of community-engaged artist leaders.

“Learning with [Lowe], Ryan Dennis, PRH curator and programs director and myself, these artists are able to invest in their creative community work like nowhere else. We’re supporting a cohort of artists who will be able to lead Houston and their home communities in ways that PRH has contributed to Third Ward.”