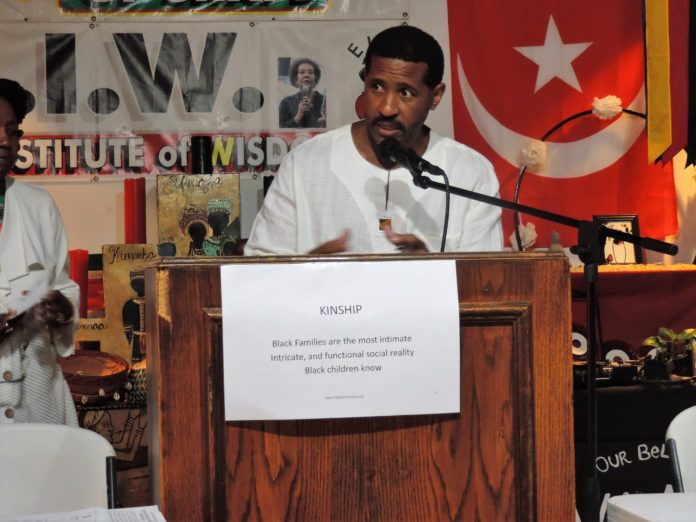 On the heels of a federal civil rights suit filed in Houston charging Child Protective Services (CPS) with discriminating against Black children and families, the Coalition for the Preservation of the Black Family held a town hall meeting at SHAPE Center to discuss causes and proper responses.

Attorney Pamela Williams Muhammad, who announced the federal suit, shared with attendees that Black children in Texas are four times more likely than white children to be placed in foster care. She labeled this inequity “disproportionality.”

“Disproportionality means that Black children are represented in CPS at a rate higher than our percentage in the general population,” said Williams Muhammad.

According to a 2013 study by Racial Equity Consultant Joyce James, “In Texas, as in the nation, African-American, and to a lesser extent Hispanic children, are more likely to be taken out of the home and placed into foster care than whites, even when families have the same characteristics and problems.”

James added that Black children in Texas are twice as likely to be removed from their families and four times as likely to be placed in foster care when compared to their white and Hispanic counterparts, and that once in the system, they stay longer without family reunification.

Williams Muhammad shared 2006 statistics that painted the five zip code area in and around Sunnyside as the place where the highest number of Black children are removed nationwide.

Panelists and speakers listed poverty as a big culprit. Additionally, blame was placed on the CPS system being set up to fail Black children due to underfunding.

Wu said he didn’t blame CPS case workers for discrimination. “They make $30,000 a year working 60-hour weeks. And most of them are Black and Hispanic. I blame the government for underfunding case workers.”

State Sen. Borris Miles argued that children do better when living with family. He said that in cases where CPS does allow a removed child to live with a relative, the state grossly underpays that relative, providing $1,000a year to care for the child.

Deborah Green, an expert in child abuse prevention and disproportionality, listed confrontational experiences with CPS workers as another hurdle, and provided a list of things to do if a person is ever visited by CPS.

Derek Wilson, Ph.D., president of the Houston Association of Black Psychologists, listed the negative outcomes of removing children from families.

“The younger the child, the greater the feeling of abandonment,” said Wilson. He added that younger children suffer more anxious behavior, experience the same level of trauma as if they had an abusive parent, and are hampered in their ability to develop healthy attachments.

“When you can’t form positive relationships with others this opens the door to mood disorders, distrust, anxiety, depression, and a feeling that the world owes them something,” Wilson said.