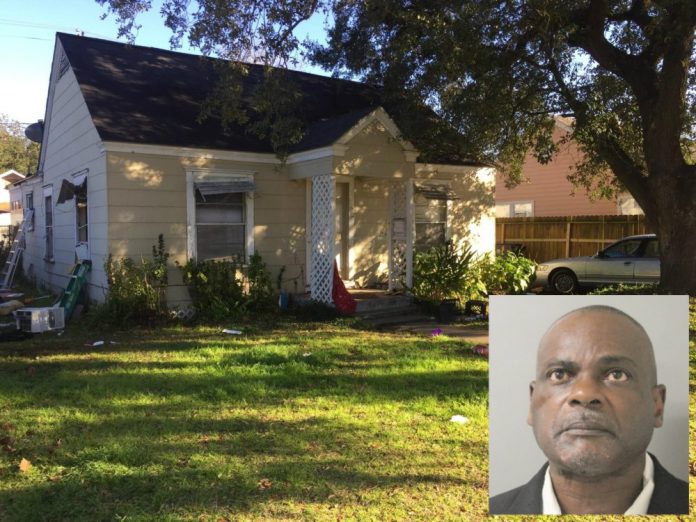 Investigators are looking into an additional 69 convictions that may have been based on false evidence provided by former Houston police officer Gerald Goines, the Harris County District Attorney’s Office said Wednesday.

Prosecutors are reviewing about 14,000 cases involving Goines after they say the disgraced HPD narcotics officer was found to have allegedly lied in order to obtain a search warrant for a home in Pecan Park. Two people, 58-year-old Rhogena Nicholas and 59-year-old Dennis Tuttle, were killed in the subsequent raid at 7815 Harding St., with their deaths later ruled a homicide by the medical examiner.

Now 69 other people connected with Goines investigations between 2008 and 2019 are “entitled to a presumption that he provided false evidence to secure their convictions,” said DA Kim Ogg.

“We need to clear people convicted solely on the word of a police officer whom we can no longer trust,” read a statement from Ogg.

Ogg said Goines falsely stated that a confidential informant had bought heroin at the house from an armed drug dealer. Police found small amounts of marijuana and cocaine in the home but no heroin.

Goines later admitted there was no confidential informant, officials said.

Two people have already been cleared by the DA’s office as part of the Goines investigation. Ogg declared Steven and Otis Mallett actually innocent in February after the two men served time for an alleged 2008 drug sale. The two were charged based on Goines’ testimony. Otis Mallet was convicted of drug possession, and soon after, Steven Mallet pleaded guilty and spent 10 months in state jail.

The deadly botched raid has led to responses from both HPD and the DA’s office.

In October, HPD Commissioner Art Acevedo announced a new special narcotics unit to serve high-risk warrants like the one involved in the raid conducted by Goines. Previously, narcotics teams carried out their own search warrants.

That changed in November, when Acevedo announced the new squad made up of a lieutenant, three sergeants and 17 officers who have trained together, all wearing body cameras.

Ogg meanwhile has used the Goines investigation to push for new prosecutors, citing a strain on her office’s resources. That request was denied twice by the Harris County Commissioners Court.