DefenderNetwork.com
Home LEAD STORY Everything we know about the killing of Danny Ray Thomas 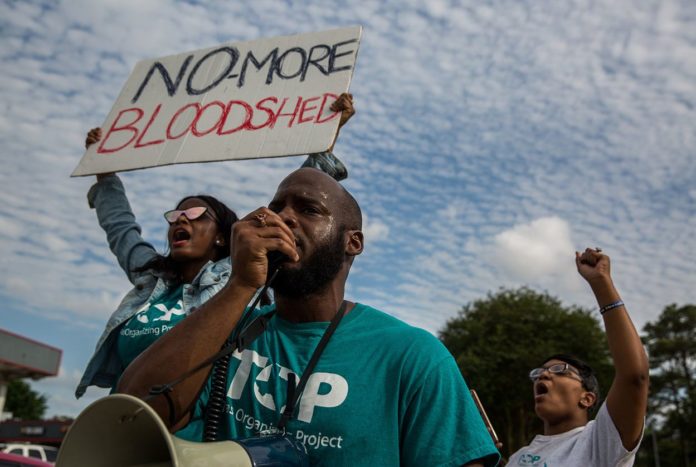 Thomas, 34, was having an apparent mental breakdown when Brewer, 44, arrived at the scene, where Thomas was foaming at the mouth and had is trousers around his ankles after an altercation with another person.

Brewer, who was equipped with a Taser, chose to fire a single gunshot at Thomas, when the disturbed man walked toward him instead of dropping to the ground as ordered. The deputy fired his gun about 20 seconds after he gave the command.

Gonzalez faulted Brewer for failing to follow the department’s use of force policy, indicating that the deputy should have used his stun gun in that situation.

Thomas was not in his right frame of mind, his sister Kita Thomas said, according KPRC-TV. His mental health began spiraling down after his estranged wife allegedly drowned his two children in her bathtub in 2016. The family filed a wrongful death lawsuit over the shooting.

“The acknowledgment that this officer violated use of force policy when he killed a non-threatening innocent man who was mentally ill and who was committing no crime will enrage a Harris County jury,” predicted the family’s lawyers, which includes civil rights attorney Ben Crump.