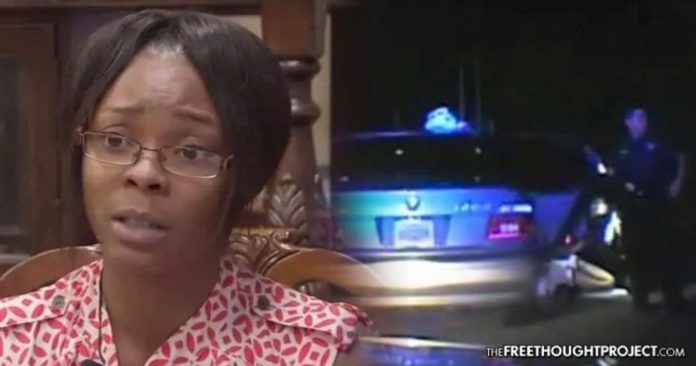 Harris County paid out almost $200,000 to a Houston woman who was subjected to a controversial roadside cavity search in 2015, according to federal court records.

The payment comes after Charnesia Corley filed a federal lawsuit against Harris County, contending her constitutional rights were violated during the late-night search.

County Commissioners agreed to pay Corley $183,000 for her to drop the suit, according to documents provided by the Harris County Attorney’s Office, ending a two-year battle between Corley and the county over a case that sparked outcries from Black Lives Matter activists and her attorneys.

Corley was pulled over by Harris County Sheriff’s deputies for allegedly running a stop sign around 10:30 p.m. June 20, 2015, according to her lawsuit. She pulled into a convenience store parking lot off Ella Road in North Houston and began speaking with the deputies.

Harris County shelled out almost $200,000 to a Houston woman who was subjected to a controversial roadside cavity search back in 2015.

The deputies believed they smelled marijuana as they were talking to Corley and subsequently searched her car. When they found none in the car, they started to search Corley herself in the parking lot – in plain view and in a “non-sterile environment, according to the lawsuit.

Corley was initially ordered to take off her pants for a strip search, but the deputies later tried to cavity search her. She protested at first but was thrown to the ground and searched anyway, according to the suit.

Corley claimed the deputies searched inside her genitalia and allegedly found 0.2 ounces of marijuana, although the deputies’ attorney later said they never penetrated her. Corley was arrested and charged with misdemeanor possession of marijuana and resisting arrest.

Those charges were later dismissed.

Two of the deputies in question, Ronaldine Pierre and William Strong, were indicted for official oppression, but the charges were also dismissed in August 2017. The dismissal of their charges reinvigorated the public’s interest in the case, with Corley’s attorney, Samuel Cammack, releasing what he characterized as damning dash-cam video of the search and arrest.

“That was extreme, to pull my clothes down, in front of people,” Corley can be heard saying in the video. “People were watching – you didn’t see people walking around?”‘

Cammack could not be reached for comment on Tuesday night.

Now, almost three years after the arrest, the case seems to be put to bed with the settlement.

“The matter has been resolved by mutual agreement,” the Harris County Attorney’s Office said in a statement. “The settlement was agreed upon after a lengthy negotiation process.”