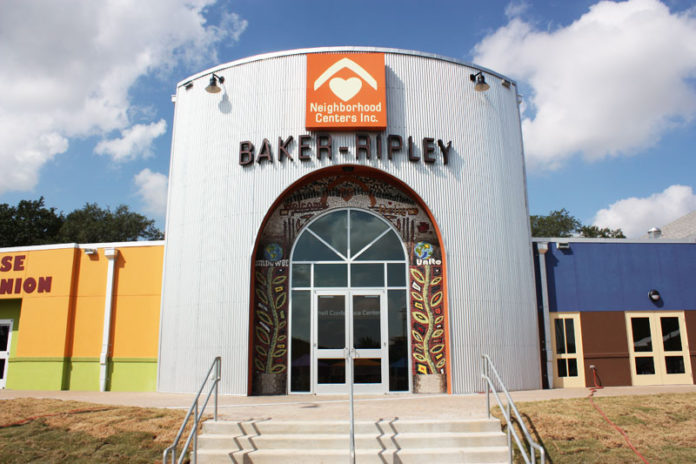 Houston’s largest community development organization is celebrating 110 years with a new name. More than 900 local and regional leaders joined the annual Heart of Gold luncheon celebration at Hilton Americas Hotel where the organization announced their new name, BakerRipley.  This year marks the 110th anniversary of the agency’s founding by Mrs. Alice Graham Baker and 77 years of partnership with the Daniel and Edith Foundation. The name BakerRipley reflects an organizational merger of the two entities.  The name was chosen to honor the five generations of Bakers who have proudly carried on the legacy of Mrs. Alice Graham Baker, who led twelve women in founding the Houston Settlement Association. The name also memorializes Daniel and Edith Ripley and honors The Daniel and Edith Ripley Foundation, whose numerous contributions have helped to shape the course of our organization and its impact on generations of Houstonians.

Each year, the celebration also honors individuals with the Alice Graham Baker Award for making a difference in Houston communities.   This year, BakerRipley honored Murry and Polly Bowden for investing in individuals working hard for a better life.  The Bowden’s leadership and support helped Neighborhood Centers raise 20 million dollars to build   Economic Opportunity Centers East, expected to open to the community in 2018.  Their life long respect for others and commitment to the Houston community embody the spirit of Alice Graham Baker, and they not only lead the way but make it possible for others to walk alongside them making our region is welcoming place for all.

In total, the event successfully raised more than 1 million dollars.