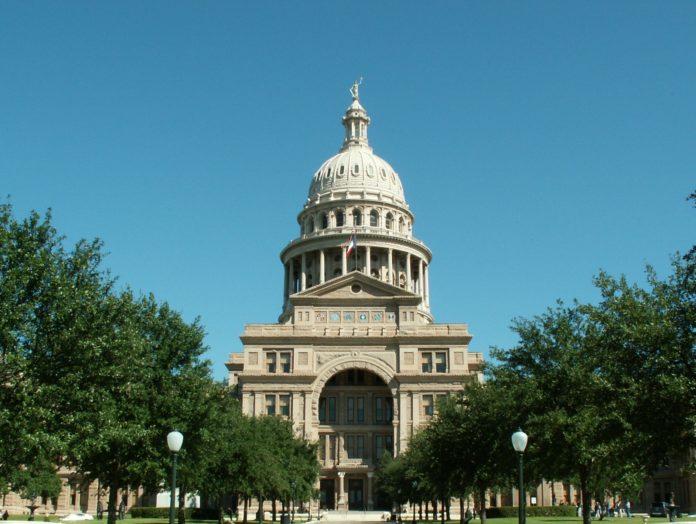 The Defender asked the Houston area’s eight African-American legislators to list their top three accomplishments or the top three legislative actions impacting the community. Here are their responses.

“As a freshman senator, I was able to pass 20 bills to benefit our community. Here are three of my legislative accomplishments.

I passed the following to expand the availability of skilled jobs training, particularly for our youth:

I successfully appropriated $11 million for the Student Success Initiative, to provide education assistance to schools located in disadvantaged communities and have a high percentage of struggling students. This could potentially help schools like Wheatley, Worthing and Yates. This initiative is aimed toward African-American male youths, who statistically test poorly on state assessments and who rank amongst the lowest of all groups to attend college. My goal is to help our boys get the assistance they need to graduate and go to college.”

This legislative session, I helped pass three important pieces of legislation that will have an impact on the African-American community in Houston and Texas at large. The first, HB 1426 as passed by the House and Senate, would have provided a certificate from the court allowing people who complete a deferred adjudication sentence to be eligible for an occupational license.

This bill, had it been signed by the governor, would have created opportunities for people who may have committed non-violent offenses in the past to correct their mistakes and continue being valuable members of the community. The governor’s unfortunate veto of this bill marks the first bill of mine to be vetoed since I have been a member of the House of Representatives.

The second bill I helped pass is SB 1584, which requires probation officers to consider personal circumstances, such as a person’s transportation and work or school schedule, when setting the terms of a defendant’s community supervision. SB 1584 will help prevent people working to get their lives back on track from violating probation.

Finally, I helped get SB 195, a bill by State Sen. Sylvia Garcia, through the House of Representatives. SB 195, which was signed by Governor Abbott, establishes in state law funding for programs such as Safe Walk Home-Northside that will keep our kids safe on their walks home from school.

“My number one priority this session was passing the Sandra Bland Act. I am proud that with the help of many stakeholders that a version of the Sandra Bland Act passed that will act as a foundation for additional criminal justice reform in the future. The Sandra Bland Act as passed will ensure all officers receive de-escalation training, traffic stop data will be more robust and clear, where to make a complaint will be on each traffic ticket, and there will be outside investigation of jail deaths.

The Sandra Bland Act also makes several improvements for people suffering from mental illness in the criminal justice system – including improvements to inmate safety in jails, requiring a good faith effort to divert individuals suffering from mental health to treatment instead of jail, and creating Rural Regional Community Collaboratives so that there are places to send individuals to. I helped secure $92.5 million to help fund current Community Collaboratives.

I was also a joint sponsor with State Rep. Senfronia Thompson of Senate Bill 30 by State Sen. Royce West, which requires all high school students, future drivers, and law enforcement to learn civilians’ rights, the duties of law enforcement, and proper behavior during interactions.”

“Let me begin by stating that this was what I called the ‘nasty session’ as it was dominated by those who rejected governance for continued campaigning. Impacting African-Americans most has to be the $1.1 billion dollar reduction in funding to our public schools which represents about a per student decrease of $200 while presupposing that local taxpayers would make up the difference.

Also, the unwillingness of the Senate to pass the bill raising the age of criminal responsibility of juveniles from 17 to 18 keeps Texas’ pipeline to prison wide open for more Black youngsters. Finally, Black males in Texas, like they are in 34 other states, dominate the bottom of the public education ladder and my bill did not pass which simply provided that for Texas school districts with at least 1000 Black males, their entire accountability system would be based upon the progress of Black male students. ”

“SB 1849, the Sandra Bland Act, began as a great criminal justice reform bill, but it has been narrowed into a good mental health and jail reform bill. The legislation will mandate county jails to direct people with mental health crises and substance use disorders into treatment, and ensure inmates are properly monitored.

I co-authored HB 67, a bill which will ban out-of-school suspensions for students in pre-K through second grade except in cases involving drugs, weapons, or extreme violence. The school-to-prison pipeline must be addressed in Texas, and this bill helps to shut off that pipeline by requiring the schools to work with some of the most vulnerable kids, rather than labeling them and writing them off.

SB 5 upholds the previous Texas voter ID law that was passed in 2011. That law requires voters to present some form of official identification before they are permitted to register to vote, receive a voting ballot, or to actually vote. Texas’ voter ID law is the strictest in the nation leaving more than half a million eligible voters who do not have the requisite forms of ID from fully participating in the democratic process. I fought hard against this discriminatory bill that has a disparate impact upon African-Americans.

“This session, I sponsored and supported legislation to help ease the constant injustice and callous disregard of African-Americans.

I also passed legislation to require 3D mammography insurance coverage. I believe that if the technology is available to save more women’s lives from breast cancer then it should be offered as a choice. Cancer strikes indiscriminately.”

HB 3016, “Second Chances,” will allow persons convicted of certain offenses to petition for orders of nondisclosure, which seals their criminal records from public view. Law enforcement agencies will be allowed to view records when necessary. This will allow those persons to obtain future employment and housing.

SB 30, co-authored with State Sen. Royce West, will require students in grade levels 9 through 12, beginning with the 2018-19 school year to learn how to best interact with police officers during traffic stops.

SB 1913, “Debtors’ Prison,” co-authored with State Sen. Judith Zaffirni, will revise the way courts handle low-income defendants who cannot pay court costs and fines so they can be held accountable in a fair way and not become trapped in a cycle of debt, arrest warrants, jail time, license suspension and more.

HB 4 Kinship Care, which I co-sponsored, will increase the amount of money given to a relative who takes care of the children placed in their home.