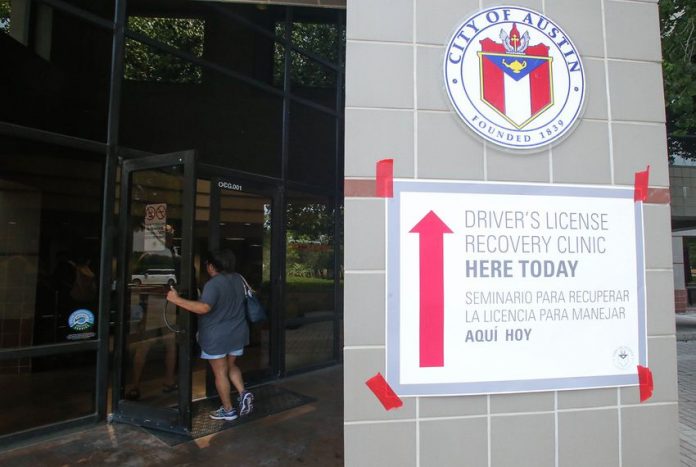 The program adds additional yearly fees on top of the price of a ticket, from $100 per year for a few traffic tickets to $2,000 for driving while intoxicated. And if drivers don’t pay within 105 days, the state suspends their licenses.

While the Driver Responsibility Program is widely unpopular, legislative attempts to repeal it have largely failed because it pays for nearly half of the state’s emergency trauma care system, an expensive regional network of emergency medical and hospital services. But Richmond Republican state Rep. John Zerwas, the bill’s author, has managed to get both criminal justice advocates and hospitals on board with his proposal.

The bill passed in a preliminary vote of 144 to 0. It still needs one more vote before it can be sent to the Senate.

“This is a failed program over the years, and [Rep. Zerwas] and I have been passionate to do something about the program,” said San Angelo Republican state Rep. Drew Darby, one of the bill’s co-authors. “I congratulate this body on finally taking action to get rid of this program.”

Instead of forcing individual drivers — who may only have a minor violation — to shoulder the burden of emergency trauma care, Zerwas’ House Bill 2048 spreads the cost more equitably, according to supporters. The measure would add a $2 bump in yearly automobile insurance fees, and it would increase state traffic fines — a portion of the fine paid for any traffic violation — from $30 to $50. But the additional yearly charge for these traffic violations would be gone, and trauma care facilities would receive extra funding, to boot.

Under Zerwas’ bill, any pending surcharges under the Driver Responsibility Act would go away.

As of January 2018, 1.4 million drivers — nearly 10 percent of the state’s drivers that year — had suspended licenses for not paying surcharges. Over 90% of suspensions in 2017 were due to driving without insurance or a valid license, according to a report by the Texas Fair Defense Project, an advocacy organization that represents many people whose licenses have been suspended as part of the program.

“The tradeoff here for a $2 insurance fee here is very clear,” said Emily Gerrick, a senior staff attorney with the Texas Fair Defense Project, during the bill’s hearing. “There’s peoples’ lives who have been ruined under this program. We’re in desperate need of a repeal.”

But insurance companies say the bill’s $2 insurance fee is a hidden tax that’s regressive, which means they take up a larger portion of poor people’s income than rich people’s.

“It’s called a fee, but it’s being used for something unrelated,” said Beaman Floyd, director of the Texas Coalition for Affordable Insurance Solutions.

Thursday’s vote came as a federal court debates the constitutionality of the program, which critics say unfairly punishes people for being poor.

When Zerwas unveiled his proposal, criminal justice advocates were mostly on board with the plan, but they were worried about one key provision of the bill.

Although the measure would repeal the additional yearly surcharges from the Driver Responsibility Program, it would add additional fines of up to $6,000 for those who drive while intoxicated — which criminal justice advocates say would be a tough fee for low-income drivers to pay.

To address these concerns, state Rep. Donna Howard, D-Austin, one of the bill’s co-authors, added a provision Thursday that would allow judges to waive or reduce fees for low-income drivers.

Hospitals and trauma care facilities have granted the bill a ringing endorsement because they get a more sustainable source of funding.

Under Zerwas’ proposal, trauma care facilities would receive an estimated $6.8 million dollars over the next two years, according to the bill’s fiscal note — whereas the driver responsibility program routinely generated less money for trauma facilities than it was intended to. In 2016, the program was supposed to deliver $331 million from additional fees, but it brought in less than half of that amount.

If the bill receives final approval from the House, it will head to the Senate. A proposal to kill the Driver Responsibility Program died in the Senate two years ago after it soared off the House floor and passed out of a Senate committee.