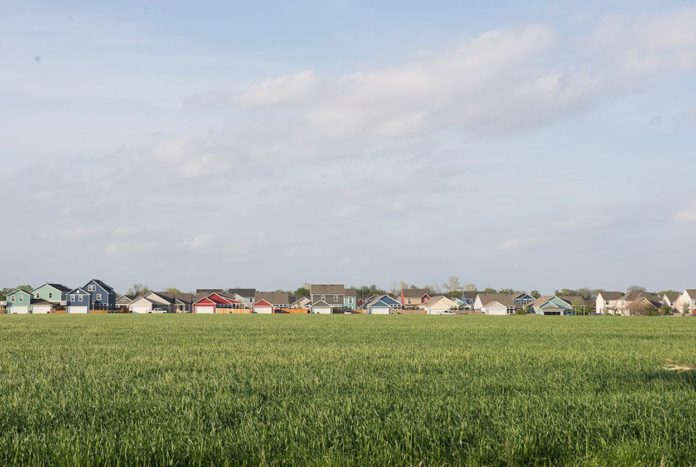 After gaining almost 400,000 new residents in one year, Texas is now home to 28.3 million people.

New estimates released Wednesday by the Census Bureau show Texas crossed that population threshold between July 2016 and July 2017 following years of steady growth since the 2010 Census when the state’s population topped off at 25.1 million.

Texas had the seventh fastest growth rate in the country in the past year – 1.4 percent – and it experienced the biggest numeric population growth of any state. But unlike last year, a majority of the state’s growth came from natural increase — Texans having more babies — and not people moving to the state.

That’s a shift from the year earlier, when population growth based on net migration only slightly outpaced natural increase. But the portion of net migration based on domestic migrants — people moving here from other states — dropped significantly this past year.

The state’s overall booming population could also come with notable political implications. Political and demographic experts are already predicting that Texas will pick up additional congressional seats after the 2020 census.

More immediately, the state’s population growth means the state is likely becoming less white. The Census Bureau won’t release updated demographic estimates until 2018, but Hispanics as of 2016 were already behind half of the state’s growth since 2010.

And while white Texans still make up the state’s largest racial group, younger Texans and those of child-bearing age are more likely to be people of color. Meanwhile, almost two-thirds of Texans 65 and older are white.