DefenderNetwork.com
Home NEWS Local & State Texas prison guards to get a small raise, but some doubt it... 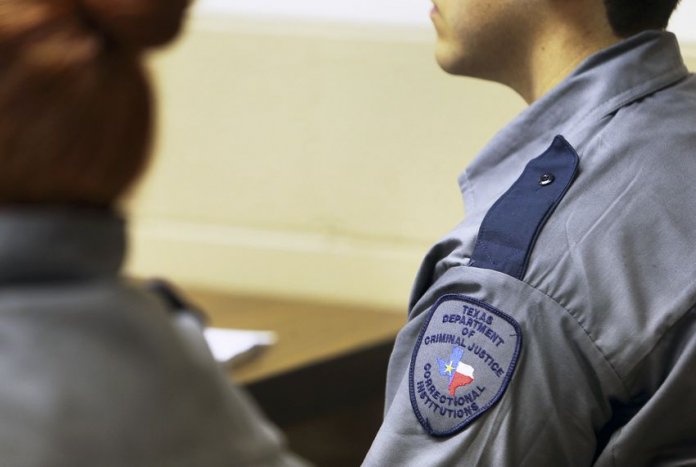 State leaders have recently cheered on record-low unemployment rates in Texas. But the economic success has made it that much harder for the state to run a crucial agency — it can’t keep its prisons staffed.

It’s an ongoing problem for the Texas Department of Criminal Justice, which has struggled for years to hire and keep guards in about 100 state-run prisons, leading to safety and health concerns for both prisoners and staff. In April, the agency was short nearly 4,000 correctional officers and saw almost one in three leave the job last year. State officials and the agency have blamed the understaffing on low pay for a tough job that’s often located in rural parts of the state, and more opportunities in the oil and fracking industries.

“We’re in the strongest economy we’ve seen in a long, long time, so the competition is tough,” Bryan Collier, the department’s executive director, told The Texas Tribune.

Prison guards currently start at about $36,000 and receive a maximum of about $43,000 after 7.5 years. As the agency struggles with a 15% vacancy rate of its guard jobs, officers for more than a year have been required to work mandatory overtime at some prisons and often rotate from one prison into more drastically-understaffed units for short stints.

To stem the flow of guards leaving their ranks and attract more recruits, TDCJ officials this year asked the Texas Legislature for $168 million for pay raises to correctional officers and other prison staff, whose positions haven’t had a salary increase since 2015. In the two-year budget signed by Gov. Greg Abbott on Saturday, the agency got half of the requested funds.

Collier applauded lawmakers for doling out the money and allowing the department to reform its salary schedule to give larger but less frequent raises as officers rise through the ranks — providing a bigger bump earlier to new guards, who are much more likely to quit, while handing down more modest raises to long-time employees.

But even for the officers who will get the biggest increase starting this fall, the raises are still relatively small, and some doubt the salary shifts will make a significant dent in the chronic understaffing problem that is also affecting prisons across the country. The department already increased the starting annual salary by about $2,000 last year by cutting out the first two rungs of the pay scale and offers $5,000 hiring bonuses at nearly 20 of its most understaffed prisons. Still, several maximum-security prisons only had two-thirds of guard positions filled in April, according to an agency report.

“Some of the same pressures that are causing understaffing will continue to exist,” said state Sen. John Whitmire, a Houston Democrat who leads his chamber’s criminal justice committee and sits on the finance committee as well. “They’ll make more driving a water truck in the fracking areas than you can working in the heat and the dangers of a maximum security prison.”

Collier, however, said he believes the new pay scale will keep new officers on the job longer, since their salaries will increase to more than $39,000 after one year, instead of after 2.5.

The $84 million provided in the budget was originally meant to cover a flat, one-time 5% raise for all correctional officers. But agency officials requested and were given more flexibility to restructure the career ladder. Under the new structure, the starting salary of about $36,000 won’t increase. And officers who have been at the agency more than 7.5 years will only get a one-time 3.7% raise, or about $1,600 a year.

Similar pay scale changes will apply to food and laundry employees in the prisons, and leadership security positions, from sergeants to wardens will get a 3.7% bump like veteran officers. Parole officers will receive a flat 5% raise at all ranks. Collier himself will get an extra $18,002 added to his pay over the next two years.

Collier said the agency restructured the career ladder to focus on their biggest retention problem — new officers. Last year, nearly 40% of new officers quit within the first year, he said. That’s higher than the overall turnover rate, which is just shy of 30%.

“Our veteran officers turnover rate is much much lower than what we see on the front end,” he said. “Our focus with the career path was based on our analysis of who’s leaving.”

But long-time officers and union officials have repeatedly asked for help for the staff who have stuck around, saying the current maximum salary is much lower than other, similar jobs.

“It would have been a smarter, wiser idea to add an extra career step above the current top out,” said Lance Lowry, a long-time Huntsville correctional officer and former union president. “You would have given these people that are quitting prior to retirement an incentive to stay a little bit longer.”

Collier countered that there are ample opportunities for officers to be promoted to higher-paying supervisory jobs. He noted his own career advancement — he also was a correctional officer in his decades at TDCJ.

Now, he makes a six-figure salary, which will get even larger in the fall, irking some rank-and-file officers. Collier’s salary will increase by $9,001 a year for the biennium, bringing his annual salary to $275,501.

Collier said neither he nor the agency asked for his raise, which was first added in the House’s version of the budget.

“I’m thankful that the Legislature provided a raise in my salary, but at the same time the bigger picture is the money we got for our officers and staff. That was our focus,” he said.

Still, Lowry said the news of Collier’s raise didn’t sit well with many officers, whose raises he said will not cover the cost of living increases over the next two years while more and more officers leave the agency.