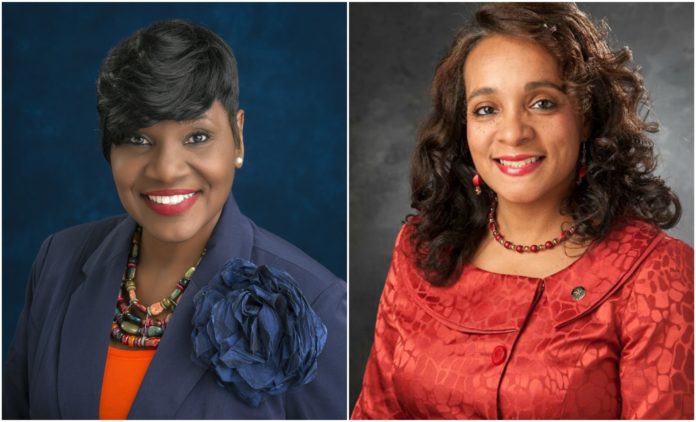 The battle between recapture and detachment wages on, in spite of the outcome of last November’s election which voters thought put the issue of Proposition 1 to bed. Several HISD board members who stood against recapture then are urging voters to support it during the May 6 special election.

With recapture, property-rich districts – such as HISD – must send “recaptured” property tax revenue to Austin to be redistributed to property-poor districts in an attempt to create more equity in educational opportunities. The question put before voters is how should this obligation be paid.

Board President Wanda Adams and Trustee Rhonda Skillern-Jones see supporting recapture this go-round as a no-brainer.

“The ‘no’ vote in November did its job: it forced the state to have a conversation on school finance and recapture that otherwise would not have happened,” Adams said. “Now, they’re ready to negotiate.”

“Neither choice is a good choice, but the worst choice is detachment because it’s permanent,” said Adams, who encourages voters to vote “For” recapture on May 6, arguing that HISD will lose more money in the long run with detached property values funneling millions of dollars away from the district. She also places significant faith the Gov. Greg Abbott, who has not been viewed by education advocates as an ally.

“If you look at Gov. Abbott’s budget he now has education on it. He heard the November voters,” she said.

Last November, HISD voters said “no” to Proposition 1 that would have bound the district to meet its state-mandated recapture obligation. Those funds would then be redistributed to a school district deemed property-poor – in this case Aldine ISD.

The vote against recapture was to have set in motion the district’s need to honor its obligation by way of detachment – the process of the state removing the most valuable non-residential, commercial properties from a property-rich district’s tax roll to be taxed and its resources used by an assigned poorer school district.

Skillern-Jones said she opposed recapture in November because the $162 million payment was “too draconian” for HISD’s budget.

“I am in favor of the $77 million because it has less impact than both the $162 million and the alternative which is to detach $8 billion in property wealth,” she added.

Skillern-Jones said students are why she now supports recapture.

“For me, this is mainly about the children in HISD. The budget impact is far greater and permanent if we allow detachment. It will cause significant loss in tax revenue adversely impacting our classrooms. In addition, taxpayers will ultimately absorb the cost in higher taxes.”

Trustee Jolanda Jones, who opposes recapture, argues that Abbott and Lt. Gov. Dan Patrick are pushing HISD toward recapture in hopes of destroying the district and thereby opening the door for vouchers. Skillern-Jones, however, contends the two issues don’t intersect, and that voting for recapture “won’t affect the current voucher bill one way or the other.”

“Once anyone takes the time to understand the data, this ‘yes’ vote is a no-brainer. We are already in recapture and we will either write the check and continue the fight, or we will have permanent detachment that will continue to snowball each year and devastate our children’s resources.”