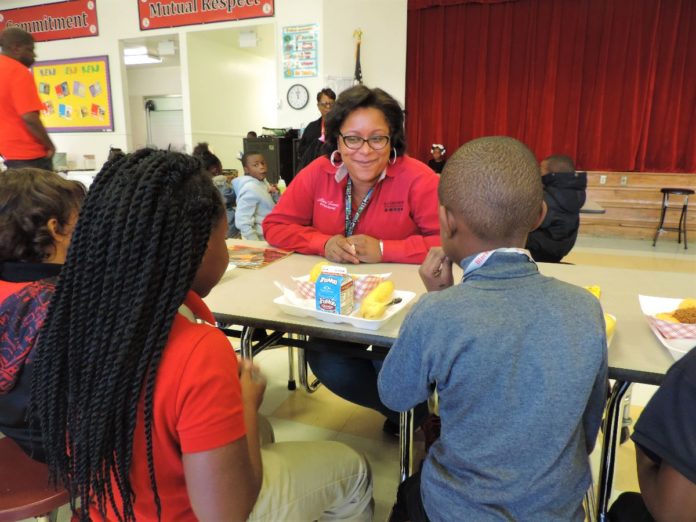 Blackshear’s Principal Alicia Lewis identified literacy as her campuses top priority, and said that the support provided by UH has been stellar.

“I’d give UH an A-plus because even before it was called ACES Institute, UH had already started supporting us through the Third Ward Initiative,” said Lewis.

“They’re helping us make sure that our scholars are growing in literacy,” Lewis Said. “That one-on-one attention works every time.”

Anne McClellan and Jonathan Schwartz are co-directors of ACES, a program that traces its roots back to UH’s Third Ward Initiatives led by Dr. Elwyn Lee and UH’s University Neighborhood Partnership Forum (UNPF).

“The whole idea was for [the UNPF] to come together and figure out what were best practices for universities and communities to work together to make the community better,” said Lee of the effort he and Pastor Emeritus William A. Lawson co-chaired. Their research led them to the nation’s top-rated university/community partnership—The University of Pennsylvania’s Netter Center—which became the model for ACES.

“All you have to do is look at the evaluations of the [Yates feeder pattern] schools and you can see that so many of the schools have ratings that need to be elevated,” said Lee.

According to Cullen principal Clayton Crook, ACES is living up to its promises.

“With the dynamics of the communities surrounding Cullen–high poverty and high crime–there’s not a lot of individuals giving kids encouragement, asking about grades or if they’re going to college,” Crook said.

“With some of our students moving from school to school, they have people walking in and out of their lives, making it difficult to trust anyone,” Crook said.

UH mentors place a premium on building trusting relationships “so that students grow to care about coming to school every day, on time and applying themselves to the best of their abilities.”

Crook graded UH”s efforts an “A-plus-plus” noting that they have had powerful impacts upon some of Cullen’s most mentor-needy students, like the two Crook highlighted who literally had no one caring for them at home.

“Their issues showed through their poor hygiene and grades, and inability to smile or look people in the eye.

“I knew those students cared because they walked every day all the way from Peck Elementary,” Crook said. “And with their mentors, now they’ve made a complete turn-around, smiling, high-fiving teachers, making good grades and feeling confident in their abilities.”