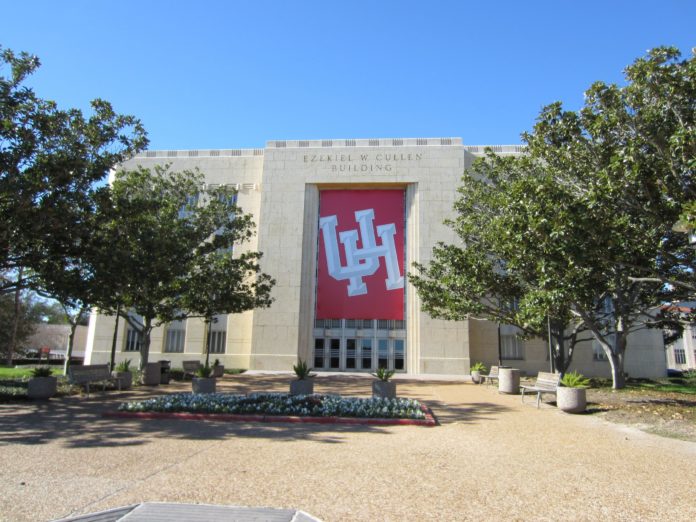 The campaign is ahead of schedule, thanks to the 130,000 generous donors who have given $680 million.  This includes 94,200 whose first gifts support the campaign. The quiet phase of the campaign began in 2012.  To date, the campus shows progress through a new engineering building, TDECU football stadium, research breakthroughs, 25 new endowed faculty professorships and more than $100 million in new undergraduate scholarships.

“Together with support of the Houston community, our business and industry partners, students, alumni and friends around the world, we have the momentum to meet and exceed our goals. It’s an ambitious campaign, but when the University of Houston dreams, we always dream big,” said Renu Khator, chancellor of the UH System and president of UH.

At the kickoff event thanking donors, UH announced a $20 million gift from the John P. McGovern Foundation. In recognition of this transformational gift, UH will rename the college the Kathrine G. McGovern College of the Arts.  The gift will create a permanent endowment that will benefit arts students and faculty, as well as community outreach. The Kathrine G. McGovern College of the Arts will be the first college at the university named after a former student and also the first named after a woman.

“My background is in art, and I took my first formal art training at the University of Houston in the late 1950s and 1960s. UH is where I first developed an interest in arts. It is a passion that continues to provide me joy to this day,” said Mrs. McGovern. “I still have good memories of my first teacher, Don Snell, who was so encouraging and wanted me to be creative and not afraid to experiment. My wish is for this gift to allow the next generation of artists at UH to flourish.”

The campaign festivities will continue Thursday, Jan. 19, with a day of events and programs for the UH community, including a campus kickoff event at 9 a.m., panel discussions featuring notable alumni, an interactive student philanthropy station, video and photo stations, and a rally and tailgate prior to the home men’s basketball game at 8 p.m. versus Memphis. Details of the event and locations can be found here.

The University of Houston is a Carnegie-designated Tier One public research university recognized by The Princeton Review as one of the nation’s best colleges for undergraduate education. UH serves the globally competitive Houston and Gulf Coast Region by providing world-class faculty, experiential learning and strategic industry partnerships. Located in the nation’s fourth-largest city, UH serves more than 43,800 students in the most ethnically and culturally diverse region in the country.