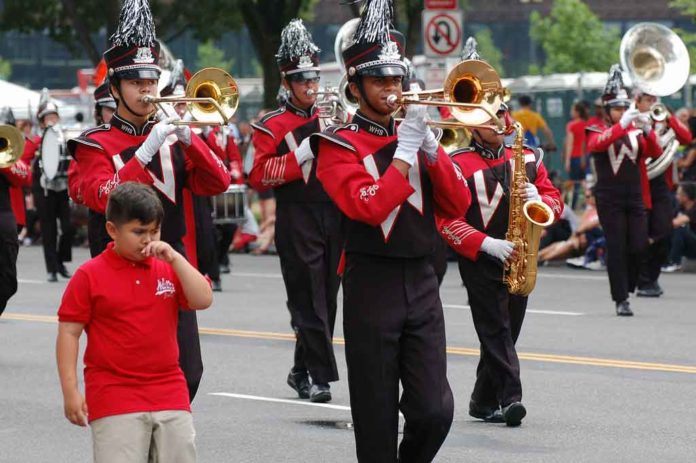 Waltrip High School band director Jesse Espinosa was recently selected as one of 20 inspiring music teachers across the country by Give a Note Foundation and 21st Century Fox as part of their “Music Education Idols” competition.

Students, parents, and community members nominated music educators online by describing how a music teacher inspired them to discover their creative potential. Espinosa was nominated by a student’s parents, who submitted a video testimonial about his influence at the school. Espinosa was later selected as a “Music Ed idol” and will receive a $1,000 grant for the Waltrip music program.

“I am so honored to receive this special recognition,” Espinosa said. “But I have to give credit where credit is due. The student musicians I work with here at Waltrip High School are some of the best you can find anywhere. They take full responsibility for their education through leadership and dedication to academics and music. That makes being their band director a privilege and honor every single day.”

Since 2011, 21st Century Fox businesses have donated more than $1 million to underfunded music programs in schools across the country, as part of the company’s commitment to support the next generation of artists and creators. The music grant program is part of a five-year collaborative relationship supporting music education between Give a Note Foundation and 21st Century Fox.

“We appreciate the continued support of 21st Century Fox to reach more students in more schools with the power of music,” said Jane Mell Balek, Give a Note Chief Executive Officer. “This is a wonderful opportunity to shine a spotlight on great music programs, which benefit students in all U.S. schools. These stories cannot be told enough, and we encourage communities to support their local school’s music programs and the teachers who make them possible.