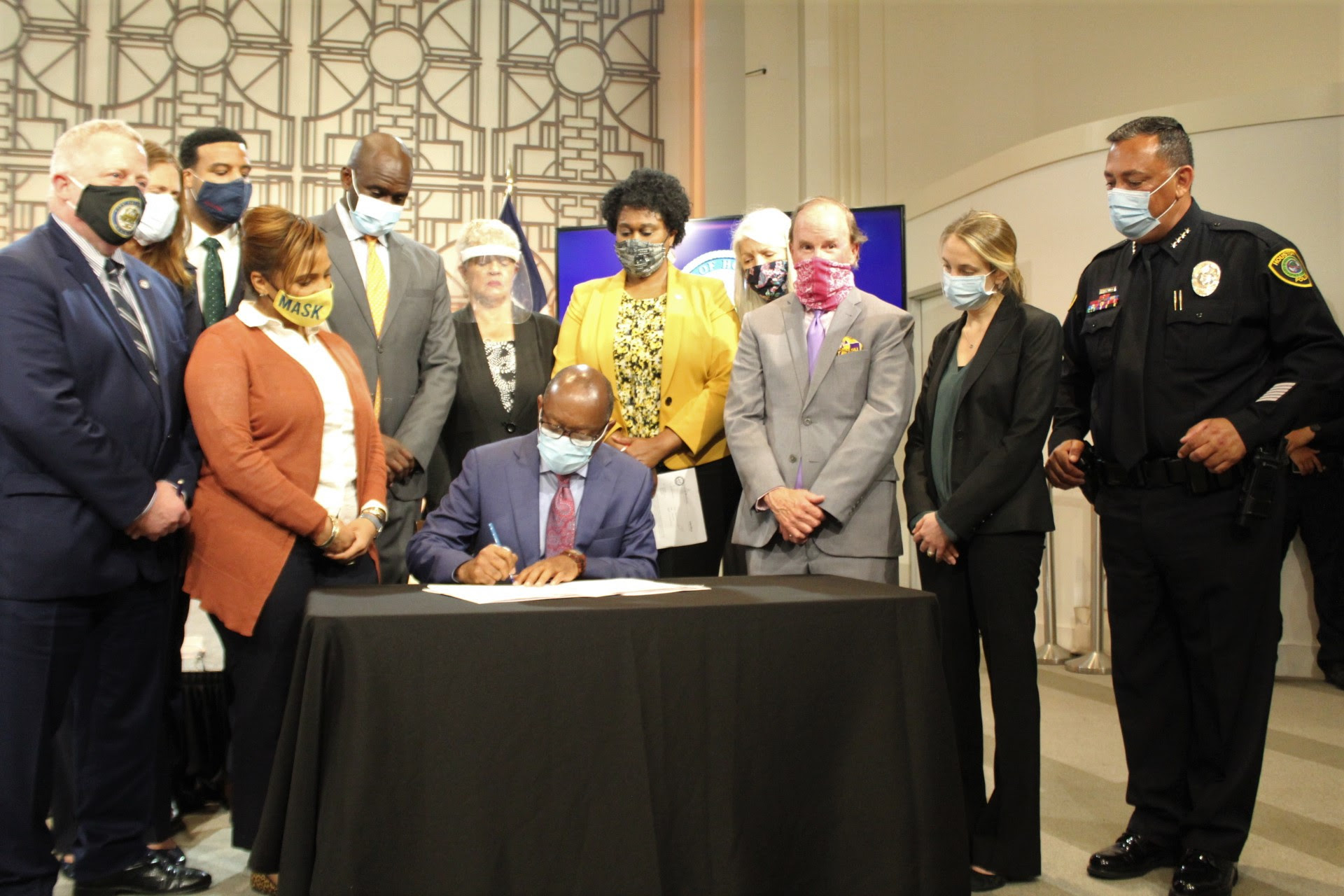 The EO covers the police department’s response to resistance, de-escalation, use of deadly force, prohibited techniques, and no-knock warrants. For the first time, it codifies prohibited techniques, such as neck restraints or chokeholds, which cannot be used unless objectively necessary to prevent imminent serious bodily injury or death to the officer or others.

“Officers shall not place their knee, foot, or body weight on the neck of a suspect to control or contain the suspect’s movement,” Mayor Turner said. “We believe that taking all these things in collaboration can help restore and maintain the confidence of the general public. We want the public to know that we are responding and listening to their concerns and taking some immediate steps, which we believe will create a much better system for everyone.”

“Our collective voices have led to collective action by our city. We are committed to doing the work that leads to meaningful and actionable reform,” said Vice Mayor Pro-Tem Martha Castex-Tatum. “We started this work before the unfortunate death of George Floyd. We are committed to reform, and we will not stop until we make Houston a place we are proud to call home.”

“I want to say thank you on behalf of 5300 police officers,” said Chief Acevedo. “This is a huge day because you are building trust and building legitimacy and breaking down even the perception of bad policing. When we have these good policies, we build trust, and when we have trust, we build better communities.”

The executive order signed by Mayor Turner includes aspects of the #8cantwait campaign.
Work on strengthening the bond between police and the public will continue through the Mayor’s Task Force on Police Reform, which will be a citizen-driven process that includes additional input from city council members.