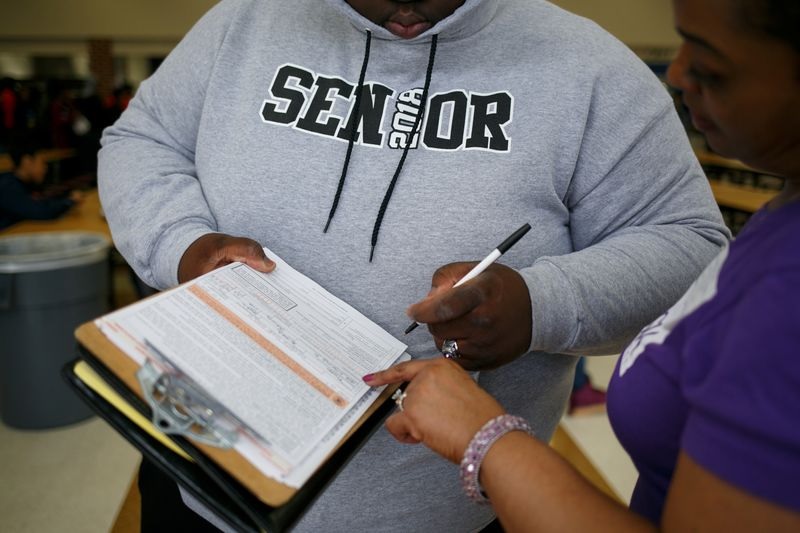 The NAACP, the largest U.S. civil rights organization, is launching a drive ahead of November’s presidential election to boost Black voter turnout in six key states, it said on Tuesday.

The initiative aims to enlist the services of about 200,000 “high-propensity” Black voters, or people who turned out to vote in a high number of recent local, state and presidential elections.

Those voters, in turn, will seek to mobilize so-called “low-frequency” Black voters – people who were registered to vote, but who had not voted in the most recent election cycle or several election cycles – in Florida, Georgia, Michigan, North Carolina, Pennsylvania and Wisconsin.

The goal is to increase Black turnout by more than 5% compared to 2016. That year, Black voter turnout declined for the first time in 20 years, according here to the Pew Research Center.

“We’ve seen the outcome of when we have a drop in voter activity in the Black community,” said NAACP President Derrick Johnson.

“We have racism germinating from the White House,” he said, stressing the urgency of getting African-American voters to the polls.

The voter turnout initiative comes during a national reckoning on race after a summer of nationwide protests sparked by the killing of African-American George Floyd by a police officer. A majority of Americans said they were sympathetic with the protests, according to a Reuters/Ipsos poll in June. [L1N2DF1CL]

Earlier on Tuesday, presumptive Democratic presidential candidate Joe Biden selected Senator Kamala Harris to be his running mate in the 2020 election, the first Black woman to appear on the presidential ticket for a major party.

Biden will face off against President Donald Trump, who has often publicly stated that he has done more for African-Americans than previous presidents. Polling has found his approval rating among Black Americans remains low.