DefenderNetwork.com
Home NEWS National Black girls are missing and no one seems to care 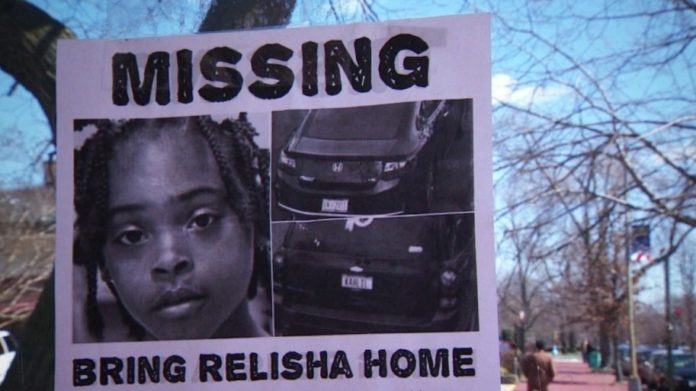 It’s been about a week since Twitter user @BlackMarvelGirl set the internet on fire, garnering 35,000 retweets in less than 12 hours about 8 teenage girls who went missing in the Washington D.C. area.

Several media outlets including Essence and TeenVogue began to write about the topic, discovering that in January, there were as many as 15 open cases of missing black and latinx girls in DC, getting a little more than local media coverage and some tweets from the police department. Although this number is alarming, it speaks to a much larger issue going on in our country that is failing to make top story on evening news programs.

Black women and girls are missing and no one is doing anything about it.

It takes 3.2 secs to retweet and help find these 8 BLACK GIRLS reported missing in Washington, D.C. during the past three days (1/2) pic.twitter.com/xpEwNcW44S

In July of 2014, it was reported that more than 64,000 black women were missing in the United States. Although all of the women missing can’t be attributed to foul play, the lack of media exposure when discussing disappearances of black and brown people is shameful. It was the late great journalist Gwen Ifill who first coined the phrase “missing white women syndrome.”

Simply put, it is a term “coined by social scientists to describe the extensive media coverage, especially in television, of missing person cases that involve young, white, upper-middle class women or girls. Sociologists define the phenomenon as an undue focus on young, white women who disappear, with the disproportionate degree of media coverage they receive being compared to cases concerning missing women of other ethnicities, socioeconomic classes, or with missing males.”

When we look at the overall picture of the missing, black people account for nearly 40 percent, while only making up 13 percent of the total population. The media coverage on the missing, however, is quite the opposite. The press is 4 times more likely to report when a white person goes missing vs. someone who is black or brown. These numbers are even more dire when the missing is a black woman.

It is easy to name the stories of Natalie Holloway, Elizabeth Smart, Jon Benet Ramsey and countless other white women and girls who went missing taking over international headlines, causing white communities to assemble search teams, and raise money as they looked for their loved ones. Yet, the missing black and brown women seemingly get lost as a quick segment on the local news with few gathering for community vigils. Sadly, their stories quickly become yesterday’s tragedy.

Relisha Rudd comes to mind when thinking about the disparity in coverage of the missing black women and girls. The only major outlet for many months willing to cover the story was The Washington Post, in addition to several other black media outlets. Even as the story grew, major networks failed to cover the story in comparison to the disappearances of white girls.

To date, Relisha’s body has never been found, and although D.C. police decided to reopen the search in April 2016, it looks as though Relisha will become another memory of the past. Relisha Rudd’s story is the perfect example of how the lack of media coverage is not by chance as much as it seems to be by design.

Social workers in Relisha’s case excused her over 30 days of absences by a “Dr. Tatum” without ever following up on if he was an actual doctor. Dr. Tatum was really a man named Kahlil Tatum who police determined was actually her captor. The lack of follow up and follow through on those whose jobs it is to protect and serve the minority often let us slip through the cracks, labeling black children as “runaways” or “truants” instead of “captives.”

When a child is listed as a runaway, they are not provided the same attention as one listed as being kidnapped or missing. This in turn stops the media from treating it as such, leaving the families of the missing little support to find their loved ones. Furthermore, this inaction by police makes black and brown women easy targets for human sex trafficking, which correlates with the statistics showing that 40.4 percent of victims are black women in comparison to white women (26 percent).

We often see people saying ‘All Lives Matter’ yet are silent when the lives of black and brown people are the main concern. America has a history of anti-black systems and institutions and the media has been no different in the telling of our stories, especially around those who are missing. It is now that we must as a community come together, as we have countless times before, and be a voice for the missing.

The stories of Renisha Mcbride, Korryn Gaines, and Sandra Bland could have also stayed local news if the power of Black Twitter had not made them national topics of concern. It is time for us now to show up and search for our missing the way that we protest against police brutality.

Without those series of tweets from @BlackMarvelGirl, this story may not have ever seen the attention that it is currently getting. Even still, with so many now starting to get involved in coverage and attention, the majority of the outlets reporting these cases are those with a predominantly African-American audience, and has yet to get the attention of major network news.

As of today, another two black girls have gone missing in the D.C. area with, not surprisingly, little coverage outside of local news. We can no longer sit silent while our people continue to go missing. It’s time to speak up, get out, and find our missing girls.