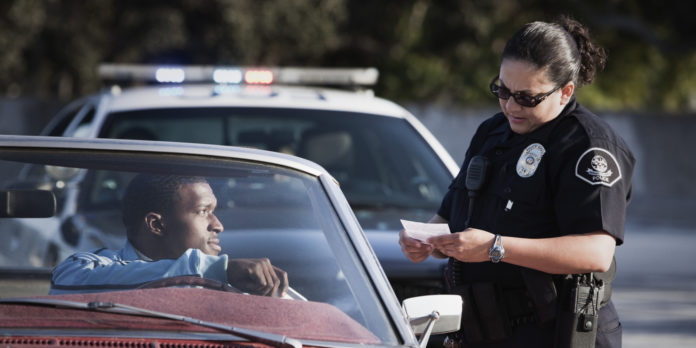 It’s no secret that the rash of police stops and the seeming criminalization of simply driving have created an erosion of trust in the police. This is particularly true among Black communities, and a study shows that Blacks have reason to be concerned.

In 2015, the Stanford Computational Journalism Lab and the Stanford School of Engineering collected and analyzed traffic stop data from 31 states in an attempt to discover bias patterns in the way the police conduct stops based on reasonable suspicion.

The result of an analysis of patrol stops found significant racial disparities. While some of these disparities can be explained through circumstances such as extensive police presence in Black neighborhoods and differences in driving patterns, evidence was found that bias was a major factor.

“Implicit bias certainly plays a role in policing and disparate outcomes based on race, but it is not the only cause. Law, policy and practice play a significant role in the negative outcomes on communities of color,” said Glenn Harris, president of Race Forward: the Center for Racial Justice Innovation.

On a typical day, more than 50,000 U.S. drivers are pulled over by the police. It is more likely you will interact with a police officer while you are behind your steering wheel than in any other scenario.

This is why cases like Philando Castile and Sandra Bland continue to be troubling. For African-Americans, there is the very real threat that a police stop may escalate into something more than a ticket.

“The reasons behind the discrepancies [between African-American and white drivers] can be a combination of personal or individual bias on the part of individual officers and/or institutional racism or bias that manifests itself in traffic stops, tickets, arrests,” said Ronnie Dunn, associate professor of urban studies at Cleveland State University.

“Under aggressive, proactive policing, the police often run the license plates of Blacks and Hispanics with the expectation that it will turn up a warrant or suggestion the driver is somehow otherwise legally encumbered, which then justifies a stop and further investigation for drugs, guns or some other type of contraband.”