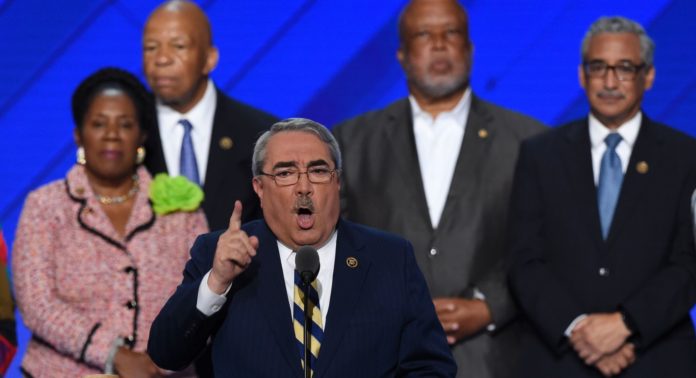 With the fewest Democratic congressional seats since 1938, the Congressional Black Caucus is looking for opportunities to find common ground with President Elect Donald Trump, as well as focus on rebuilding and rebranding.

After losing 63 seats in the House in 2010, Democrats are again dazed and confused, this time over losing the White House to real estate mogul Donald Trump, who shockingly defeated former Secretary of State Hillary Clinton in a final electoral vote count that no one, not even the victor, it seemed, saw coming.

Ironically, there will be a record number of African-Americans serving in Congress—52—next year, but 50 of them will serve in the minority party in the House. Can the Congressional Black Caucus find a way forward against the largest group of Republicans in the House since 1929?

“Perhaps there can be some common ground on infrastructure; it creates jobs,” said CBC Chairman G.K. Butterfield. “But that’s the top line, not the bottom line. … I think there is opportunity for the Congressional Black Caucus to have common ground with the new administration.”

Though Butterfield went on to say that Trump’s appointment of Steve Bannon as a White House senior adviser was “disgusting” and “not a good way to start his administration,” the CBC chairman did attempt to be open to what may come next.

In a Nov. 13 email to fellow Democrats, Rep. Jim Clyburn (D-S.C.) stated, “Our party’s infrastructure has been decimated and our brand denigrated. We must rebuild and rebrand, and we must start now.”

Members of the CBC met for dinner at a downtown restaurant in Washington, D.C., recently to discuss what’s next.

“We need to take an assessment about why we are in the place we are in today. I think it is important that we have all hands on deck to make sure that we get this thing corrected. A lot of us know what the problem is. I believe in order to do it, we need to have a DNC chair who is there 24-7. We need a full-time DNC chair,” Rep. Marcia Fudge (D-Ohio) said.

Rep. Alcee Hastings (D-Fla.) emphatically spoke about what the Democratic Party could have done better to get out Black voters. Hastings was asked whether the party will ever listen to strategic advice from Black elected officials on the ground.

“That’s a good question,” he said. “I hope so. They did make a course correction in my congressional district about six days before the election because I raised so much sand about it. I still think that disproportionately, money was spent on television—$67 million by the Clinton campaign—and a pittance on the ground by comparison.

“I would have had a considerable amount more money in the African-American and Latino communities being utilized by the people who live in those communities,” Hastings added.

The DNC is notorious for “air-dropping” in staff that aren’t local to the community they’re campaigning in.

“I will never participate in another campaign that does not start with a ground game at the bottom. That includes 2018. We have a Senate race. We have a gubernatorial race. If they’re going to wait until two weeks to come to my community, they won’t have me active in their campaign,” Hastings said.