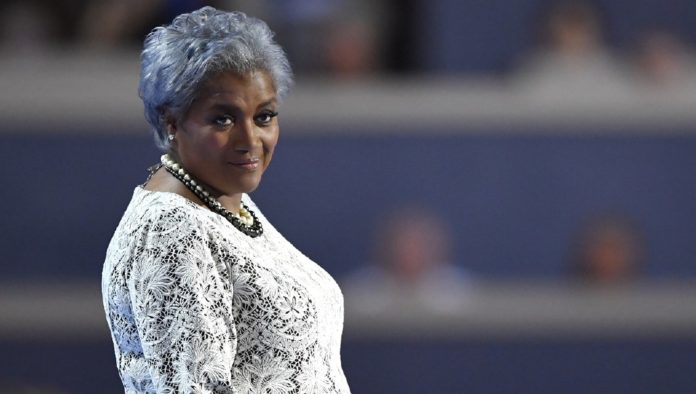 Democrats are struggling to put the bitter 2016 election behind them as the party’s current chairman and his predecessor bicker over Hillary Clinton’s failed campaign, further exposing deep divisions that could foretell Democratic prospects in 2018 and beyond.

The disarray was triggered by the disclosure that Donna Brazile, the interim Democratic leader during the final months of the campaign, considered an effort to replace Clinton as the presidential nominee because of health concerns.

“The charge that Hillary Clinton was somehow incapacitated is quite frankly ludicrous,” said Tom Perez, who took over as Democratic National Committee chairman after Donald Trump won the election.

Brazile, who claimed “tremendous pressure” to devise a backup ticket led by then-Vice President Joe Biden after Clinton fainted at an event, pushed back: “Go to hell. I’m going to tell my story.”

The dispute was spurred by revelations by Brazile in a memoir being released Tuesday and reported on by The Washington Post. It reflected simmering tensions between establishment and insurgent wings that will set the party’s future course on issues from its platform to the primary schedule and use of superdelegates — party leaders and elected officials who get a say in the nomination — in the 2020 presidential race.

“One of the things, as we go forward, is to give more power to the grass roots in all this,” said House Democratic leader Nancy Pelosi of California, urging Democrats not to “relitigate elections.”

Brazile writes that she considered initiating Clinton’s removal after the candidate collapsed while leaving a 9/11 memorial service in New York City, and Brazile contemplated a dozen combinations to replace Clinton and her running mate, Virginia Sen. Tim Kaine. Brazile wrote that she settled on Biden and New Jersey Sen. Cory Booker as having the best chance of defeating Republican Trump.

Brazile says the larger issue was that Clinton campaign was “anemic” and had taken on “the odor of failure.”

But, she says, “I thought of Hillary, and all the women in the country who were so proud of and excited about her. I could not do this to them.”

The revelations elicited a strong rebuttal from Clinton’s former campaign staffers. An open letter signed by more than 100 people said they “do not recognize the campaign” that Brazile “portrays in the book.”

The Clinton staffers responded they were “shocked to learn” that Brazile would consider overturning the will of Democratic voters. “It is particularly troubling and puzzling that she would seemingly buy into false Russian-fueled propaganda, spread by both the Russians and our opponent, about our candidate’s health.”

Perez echoed the complaints, saying Brazile never had authority under DNC rules to replace the ticket because Clinton was not incapacitated.

Under party rules, a DNC head can call a special meeting to fill a “vacancy” on the national ticket in the event of disability in coordination with Democratic leaders of Congress and Democratic governors, but only the full DNC can fill the vacancy. At the time, Clinton had revealed she was suffering from pneumonia.

“I don’t know what Donna Brazile fell for,” Perez said. “Hillary Clinton was anything but incapacitated. She was tireless.”

“I think people who read that charge, which is just without merit, are going to perhaps start wondering about other claims in the book,” he added.

A win for Democrats could help defuse Brazile’s book and give the party important momentum. A loss would be a big blow to other Democrats plotting a similar anti-Trump strategy in the 2018 midterm congressional races and likely spur louder calls for radical changes in the DNC heading into 2020.

In an excerpt published earlier by Politico, Brazile had written that she believed a joint fundraising agreement signed between Clinton and the DNC “looked unethical” and that she felt Clinton had too much influence on the party during a competitive Democratic primary with rival Bernie Sanders.

Perez issued a statement saying he and the DNC leadership were committed to ensuring that the nomination process in 2020 will be “unquestionably fair and transparent.”

“We have to make sure that everybody feels at the end of the process that everyone got a fair shake,” Perez said.