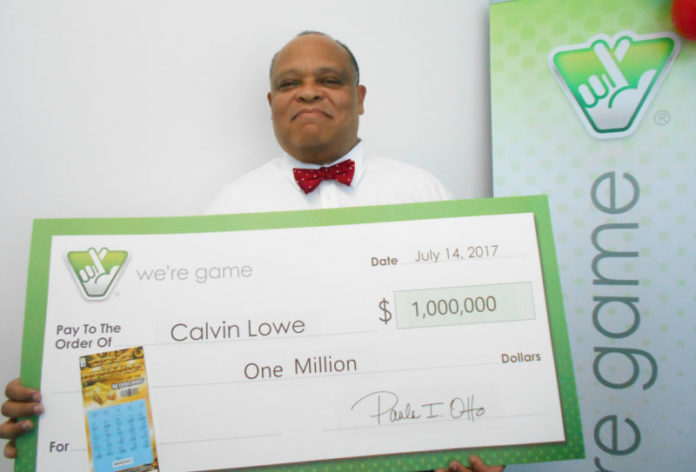 A Hampton University professor and dean just hit the jackpot in a scratch-off game worth a million bucks.

Calvin Lowe, dean of Hampton’s School of Science, won the top prize of the Gold Bar Bonanza scratch-off, the first-ever million-dollar prize to be claimed.

HBCU Buzz reports that after examining the ticket with a magnifying glass, Lowe, who bought the winning ticket at a 7-Eleven in Newport News, Va., realized that he had really won, beating odds of 1 in 1,101,600.

He had the option of taking the full $1 million over 30 years or a one-time cash payment of $675,982 before taxes. He went with the cash.

Lowe, a HistoryMaker, graduated from North Carolina A&T with a bachelor’s degree in physics and has a master’s degree and Ph.D. in physics from MIT.

Lowe says that he is not leaving his post at the esteemed HBCU; he plans to stash most of his winnings in his retirement fund.